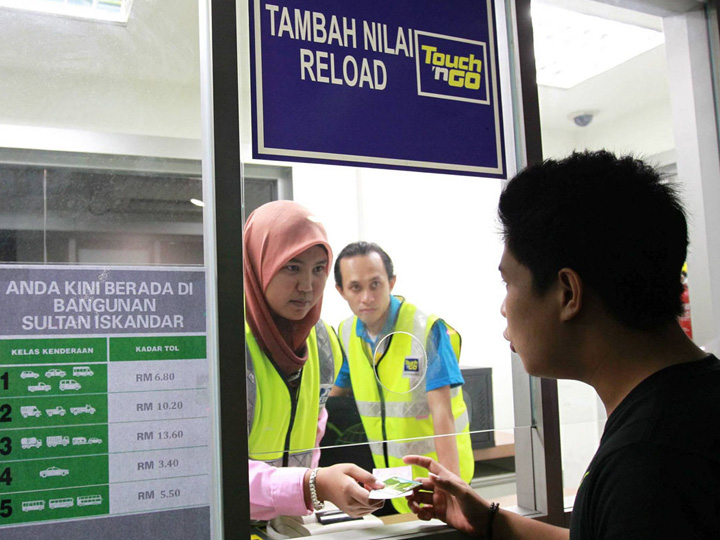 Politicians, businesses and a top international school in Iskandar said that without ease of access, the movement of people and money between Johor and Singapore – a lifeline for both – is being choked off.

To fully tap into the potential of the Iskandar Malaysia economic region, they believe that both governments need to make it easy for their citizens to move between both regions.

And that requires Singaporeans and Malaysians to get over their love-hate relationship and realise how inter-dependent they are on each other.

A persistent complaint among residents is how their wages cannot keep up with the rising cost of living in southern Johor especially since Iskandar’s property boom has attracted increasing numbers of Singaporeans to move there.

Umno MP Datuk Nur Jazlan Mohamed, whose Pulai constituency lies within Iskandar, said that in order to raise incomes, the authorities have to get Singaporean businesses to come and expand their investments in the economic corridor.

Singaporean enterprises he said, would be attracted to the amount of space available to expand their businesses and the pool of skilled workers already present in southern Johor.

But those businesses will not come with the current traffic problems which can see motorists getting stuck for more than an hour just to clear Customs and Immigration.

Without the high income jobs and demand in services that those businesses bring, Johoreans will not earn better salaries and get opportunities that could raise their living standards, he said.

The reality, he said, is that Malaysia can only rely on Singaporean businesses to come to Iskandar.

“The Chinese and Middle East businesses that Iskandar authorities talked about bringing in have not come in,” he said, despite the huge hype about them a few years ago.

“Malaysian businesses are not interested in coming to Iskandar as they would rather expand or start in the Klang Valley,” said Nur Jazlan.

Figures released by Iskandar Regional Development Authority (IRDA) show that Singaporean businesses are still the top foreign investors in Iskandar, but the amount of money they are pouring in is still small.

In an email interview with The Malaysian Insider, an IRDA spokesperson said that of the RM156.35 billion in investments that have been committed, 63% (RM98.85 billion) are from domestic sources.

Taking a toll on business

Ever since toll rates at the Causeway went up last month, a Singapore car on a round trip to Johor Baru has to pay S$12.80 (RM33) in toll charges.

Every business that has relied on weekend Singaporean travellers such as car workshops, car washes, restaurants and supermarkets have seen a plunge of about 30% to 50% in sales since the implementation of the new toll rates .

“For every Singaporean dollar that is spent here, three people benefit,” said a car accessories owner in Bandar Baru Uda who wanted to be identified only as Hong.

Those spending sprees come at a cost, however. Johor Baru residents claim that traders who have tasted the free-wheeling Singaporean shopper are wont to hike up prices and this hurts locals.

“In Johor, Singaporeans basically feel like everything is 60% off everywhere,” said Bukit Indah resident Mohd Izuan Zahid, due to the stronger Singaporean dollar.

As at press time, one Singapore dollar is the equivalent of RM2.56.

The higher spending power creates animosity between travelling Singaporeans and local residents who have to deal with higher prices.

Another glaring problem is that Singapore vehicles would gulp down huge amounts of subsidised petrol before returning to the island republic.

But Nur Jazlan believed that the Singaporean disposal income is an opportunity, provided that there is a greater mass of them spending it in southern Johor on a regular basis.

He has been critical of the new toll charges, saying that it has made crossing the border more costly and would discourage Singapore companies from moving to Iskdandar.

“If Singaporean companies expand here, there will be a greater need for support services for the high income earners working at those companies.

“If you were a low wage earner in Johor, you could probably quit your job to open up a professional childcare centre or laundry service which will earn you more.”

The IRDA spokesperson said the decrease in number of vehicles was only temporary while both sides adjusted to the new rates.

“In the long run, this will not have significant impact on Iskandar Malaysia’s growth targets as we still offer a unique and significant value proposition for Singaporean firms to expand here,” the spokesperson said.

Leaving the baggage behind

But a critical part of making Iskandar and Singapore complement each other is to change mindsets on both sides of the Causeway, said Robert B. Pick, Master of Marlborough College Malaysia in the Nusajaya suburb within Iskandar.

He believes that Iskandar and Singapore can benefit enormously from each other provided the people on each side can put their latent animosity behind them.

The elite Marlborough College has been both a catalyst and a beneficiary of the economic zone. Since opening its doors in 2012, the college has increased its student population every year.

This year, the school managed to attract 730 students, beyond its original target of 600, said Pick. About 60% of them are foreigners, the majority of whom are from the United Kingdom and the United States.

About 200 students come by day from Singapore by minibus and they too get stuck at the Immigration and Customs during the morning jam.

The college would always have a foothold in the Singaporean market but in the three years since it opened, Pick has seen an increase in students from Johor Baru and the Iskandar region.

In order for Iskandar to meet its full potential, he said, there needs to be an acceptance by the powers-that-be and ordinary folk on both sides that their fates are tied.

“If Iskandar is going to work there needs to be a breakdown of these barriers.

“Someone has to take the broad vision and say that Singapore can benefit enormously from Malaysia and Malaysia can benefit from Singapore.

“The animosity and suspicion that still exist from 1965 has to be put to bed; it needs a few like-minded people to stand up and say:  this place could be fantastic. Because it could be.”

This commentary was written by Sheridan Mahareva and first published in The Malaysian Insider.