I first came across this news on the Hardwarezone forum.

A PAP grassroots leader who is a Christian has responded to the viral video featuring Amos Yee, a 17-year-old who has acted in Jack Neo’s films. In the video, Amos Yee had called Lee Kuan Yew a dictator, celebrated his death and challenged PM Lee to sue him. The video is here:

The PAP grassroots leader, Mr Jason Tan, felt offended because Amos Yee, the 17-year-old in the video made an offhand remark about Jesus while talking about Mr Lee in the video. This made the grassroots leader so mad that he posted on his facebook page, threatening to chop off Amos Yee’s penis and stuff it in his mouth as punishment for the blasphemy!

You can read about this on Jason Tan’s Facebook page:

If you go through his Facebook page, you will come across these photos taken together with Minister Lim Hng Kiang: https://www.facebook.com/Supercookie21/posts/10152782627153477. He was in fact, given the long service award by Lim Hng Kiang. He is a grassroots leader at Telok Blangah: 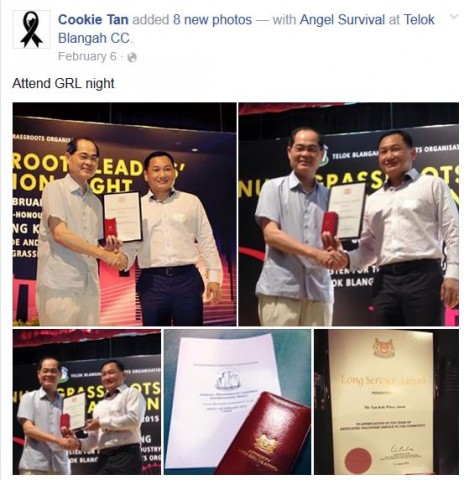 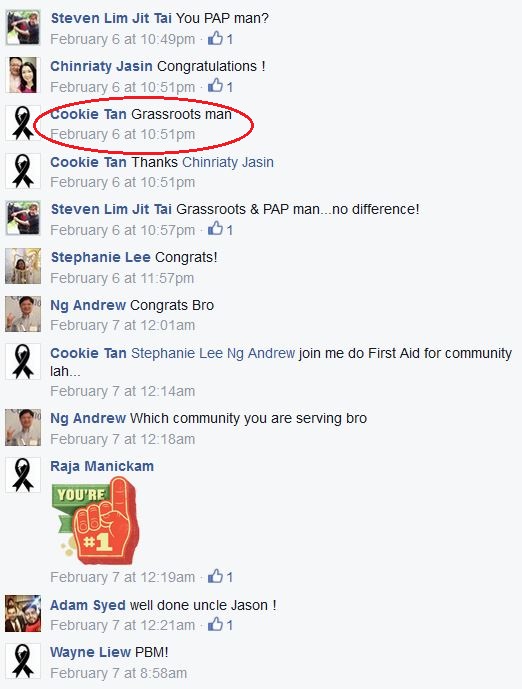 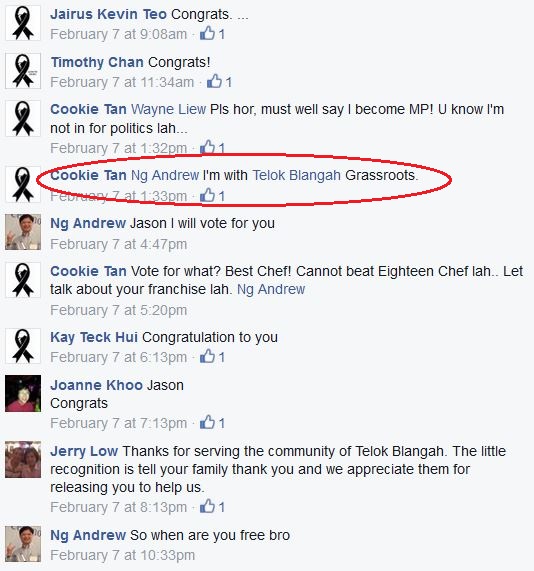 Don’t you think that a PAP grassroots leader who has won a long service award should know better than to make such uncouth and vulgar comment? By threatening to maim a 17-year-old boy? What impression is he giving to the residents he serves at Telok Blangah? Does being a grassroots leader entitle him to make such comments?

While I don’t support what Amos Yee has done, it can be argued that his video is simply a juvenile prank, done on the impulse to be a ‘rebel’ because it’s cool. What Amos Yee needs is proper guidance. He is still a teenager, a rebellious one, I should say. With proper counseling and supervision, we can help Amos Yee to become a better man when he enters the society to work in future.

On the other hand, as a seasoned grassroots leader, Mr Jason Tan should have known better than to threaten a boy with bodily harm – one laced with sexual innuendos! And the irony is, as a Christian, he is harboring such violent thoughts in his mind – to cut off a boy’s penis. I thought Christians are supposed to forgive?

I’m terribly disappointed with the kind of grassroots leaders we have these days.

This letter was written by Roland.
Send us your letters at mail@redwiretimes.com