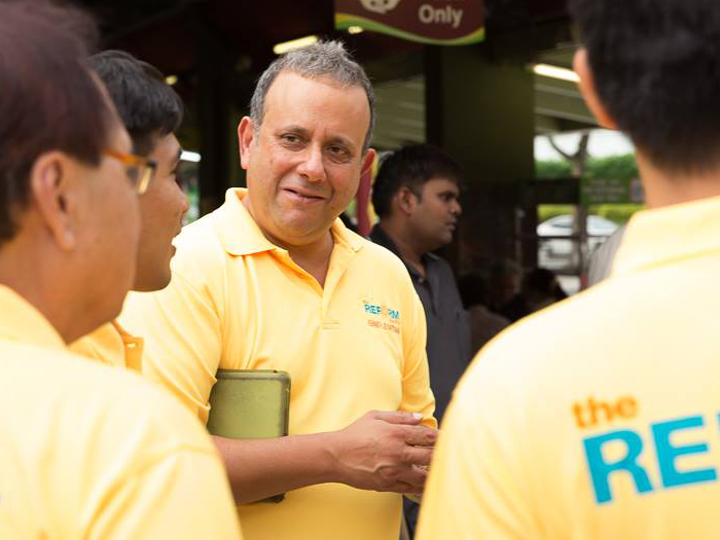 Reform Party chief Kenneth Jeyaretnam says the PAP is worried because it doesn’t know what to do next for Singapore, and is cashing now because they have failed.

He was speaking at the Singapore Votes 2015 forum last night.

Mr Jeyaretnam says the party is hoping that the sympathy vote will work in their favour, especially with the recent death of Singapore’s first prime minister and PAP leader, Lee Kuan Yew.

Research so far points to a favourable election for the PAP, with the party expected to do better than the 2011 General Election.

According to a poll by Blackbox Research:

“The passing of Lee Kuan Yew has also resulted in the biggest decline in the number of Singaporeans who think that the PAP’s vote in the next general election will be lower than 2011. Only 20% of Singaporeans now think the PAP will achieve fewer votes than in 2011, down 12%
since March and down 21% since Nov 2014″

Mr Jeyaretnam says the PAP’s “simple model” of bringing in more workers and generating economic growth no longer works as the results are not filtering down to Singaporeans.

He has called for a cap on foreign workers and the adoption of minimum wage system.

He’s hoping to better his score of 33.34 percent of the vote in West Coast in the 2011 General Election.