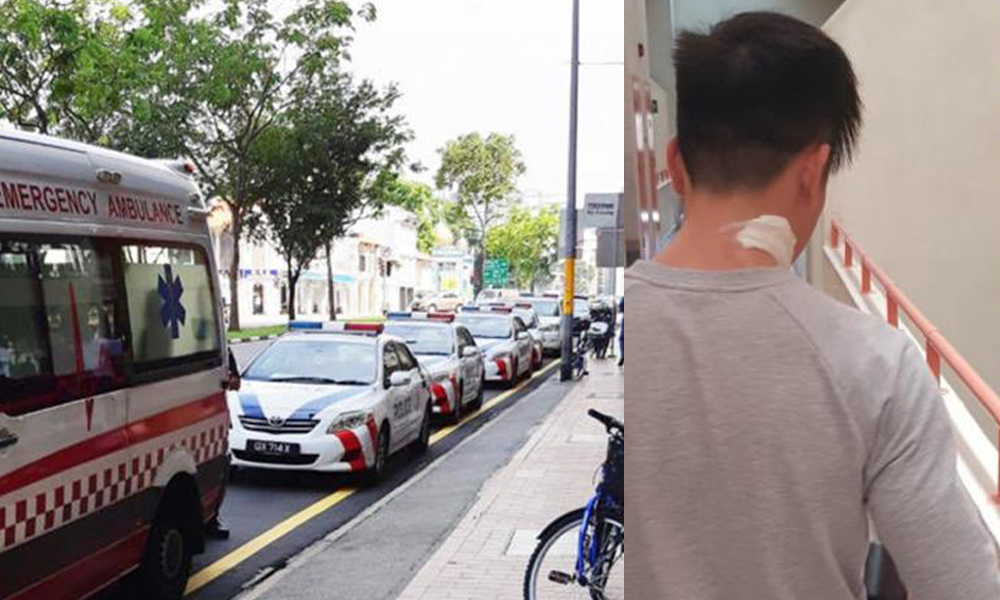 A jilted youngster probably took the song “Love Hurts” too literally when he used a knife on himself in an attempt to win back the affections of his girlfriend.

The incident took place yesterday (2 May) at a residential unit at the Textile Centre building in Jalan Sultan.

Eyewitnesses saw the man wielding a kitchen knife and quarreling with his girlfriend at the ground floor of the building at about 9.35am.

He then followed her into the life and the pair continued quarreling even as they reached her apartment.

The man then cut his neck and wrist, and a scuffle ensued in which the woman suffered cuts on her neck.

Security guards called the police and the man was subsequently arrested.

Police say a 23-year-old male was arrested for attempted suicide and was sent to Singapore General Hospital for treatment.