Johor Works has advised visitors to the state to postpone their trips in the coming days after yesterday’s flash floods for safety reasons.

Floodwaters rose to as high as 1.5 metres in some places, and at least 20 cars were trapped. 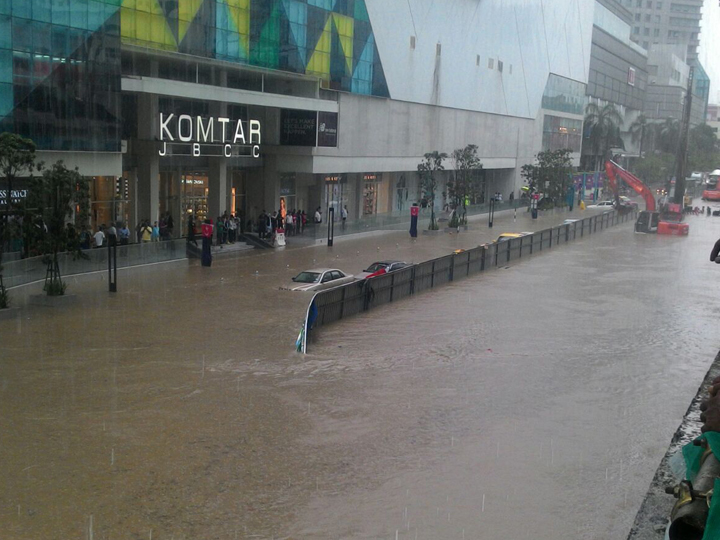 Police and fire department personnel were deployed to 10 locations in the city.

They helped at least 3 people trapped in their cars at Jalan Wong Ah Fook.

By about 2pm, the floodwaters began to recede.

Fortunately, no casualties have been reported.

The flooding comes after Johor warned that the water levels in two of its major dams remained below critical level, sparking concerns in Singapore about the state of our water supply from Johor.