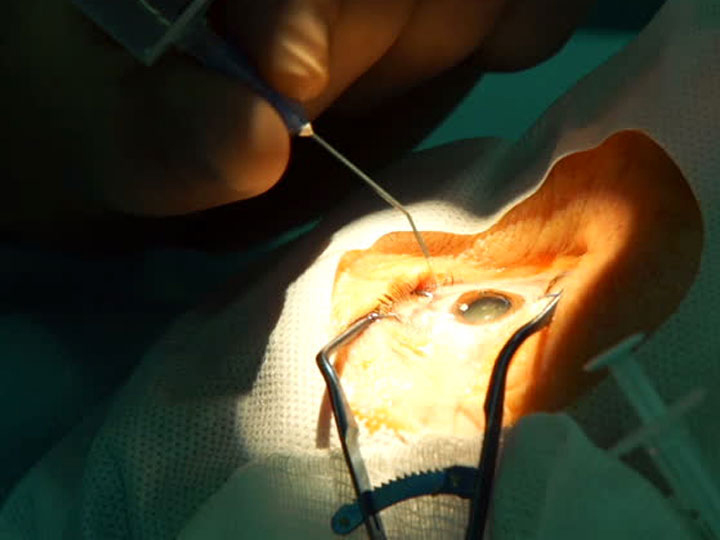 It’s just a S$30,000 fine a doctor whose dallying resulted in an aggravation of a patient’s eye condition and contributed to her permanent loss of most of her sight in her left eye.

This, after the Singapore Medical Council disciplinary inquiry decided a that a suspension wasn’t necessary.

Dr Sim Kwang Soon was working as a general practitioner at Alliance Clinic & Surgery in 2010 when he diagnosed a patient as suffering from a corneal ulcer in her left eye.

The 53-year-old doctor didn’t refer her to an eye specialist immediately.

Instead, he told her that the corneal ulcer was small and would not affect her vision, and advised her to return to him if her condition did not improve, after which he would refer her to a specialist.

One day after her consultation with Dr Sim, the patient saw another general practitioner.

That doctor referred her to a hospital’s accident and emergency department.

The patient was hospitalised for over 2 weeks, and later underwent a corneal transplant and cataract operation.

She filed a complaint against Dr Sim in 2013 and the SMC conducted a disciplinary tribunal inquiry on March 24 and Sept 9 last year, and on Jan 13 and Aug 18 this year

Dr Sim pleaded guilty to failing to refer the patient to a specialist in a timely manner, and was found guilty by the tribunal.

Commenting on the incident, the SMC said:

“Dr Sim’s failure to refer the patient to a specialist in a timely manner caused a further aggravation of the ulcer, and ultimately, after a therapeutic corneal transplant, the patient suffered permanent disability in her left eye, with a decreased rate of functionality of only 20 per cent post-surgery.”

However, the SMC decided against suspending Dr Sim from practising.

“There was insufficient evidence to show that the harm caused to the patient was due to Dr Sim’s failure to refer her to a specialist (in a timely manner)… The (tribunal) also considered and gave full credit to Dr Sim for pleading guilty at an early stage, for his long good standing in the medical profession, and the good testimonials tendered on his behalf.”

The disciplinary tribunal indicated it was satisfied that Dr Sim did not show a propensity to re-offend since there was no evidence of him being dishonest in the current case, and no further complaints of possible misconduct had been made since the date of the offence.

Besides the fine, Dr Sim has been censured from engaging in any similar conduct in the future, and will pay SMC for the solicitors and other costs related to the proceedings.