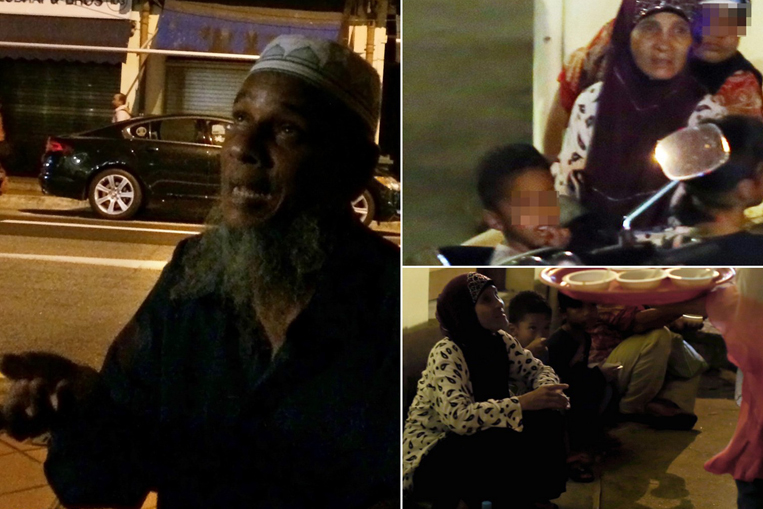 Apparently so, say some shopkeepers in Kampong Glam!

And the lucky ones can earn up to S$500, and even pay some shopkeepers to kua zhui (keep a lookout for the authorities) for them.

They say that during the fasting month of Ramadan, beggars from Malaysia and Indonesia, and as far away as Bangladesh, India and Pakistan come to the area to solicit for donations.

As many as 50 or 60 beggars show up near the Sultan Mosque every Friday.

Some come with their children in tow.

While in Singapore, they reportedly sleep in the streets of Little India and Geyland Serai.

Besides approaching passers-by, these beggars also go from shop to shop seeking alms.

Shopkeepers say the number can swell to more than 100 in the days leading up to Hari Raya Aidilfitri, which falls on 17 July this year.

They say the beggars often claim to be raising funds for mosques and religious groups back in their home country.

Others claim that they’ve daughters and don’t have money for dowry to marry them off, or that they have children who are ill and need money to support them.

Ramadan is the peak begging season as Muslims are encouraged to give alms to the poor during this time.

Islamic authorities though have discouraged begging.