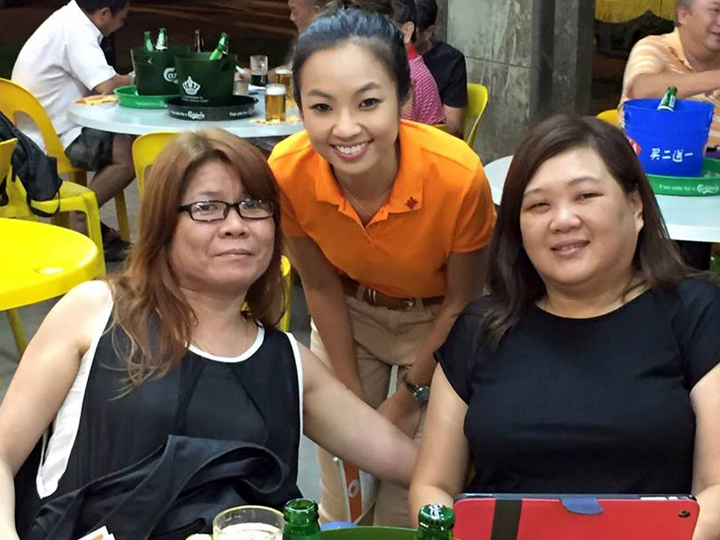 That’s perhaps the question on most people’s lips when they lay eyes on what looks to be the National Solidarity Party’s latest coup.

The attractive 22-year-old was unveiled in a walkabout in Marine Parade GRC, where she undoubtedly charmed many aunties and uncles alike.

We think many will be queuing up to shake her hand should she contest in the next General Election (and we’ll probably be among the many). 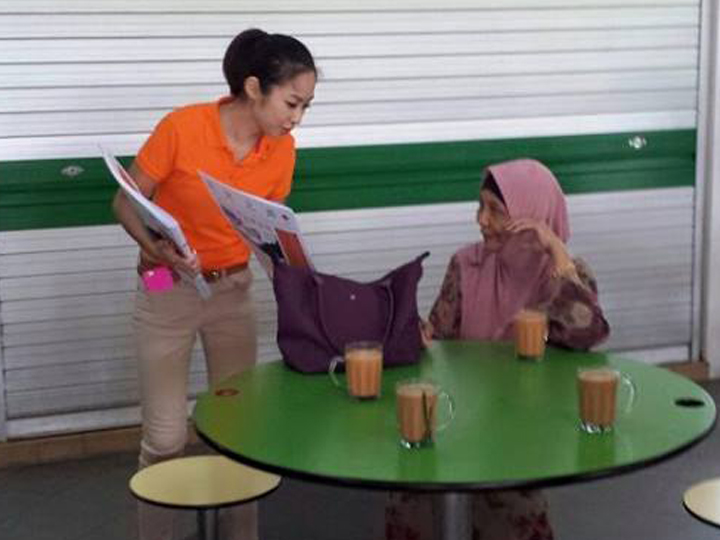 But just who is this young Singaporean lass who’s taken a shine to local politics?

Apparently, Kevryn is an entrepreneur who started digital marketing and events management company EM.DM in April this year.

As a student, she enrolled in Perth’s Curtin University of Technology, specialising in Mass Communications. 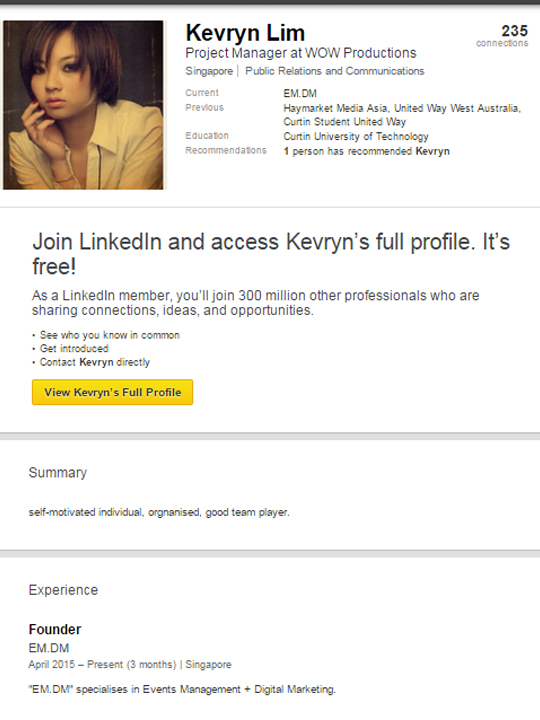 Apparently, she was also a model. 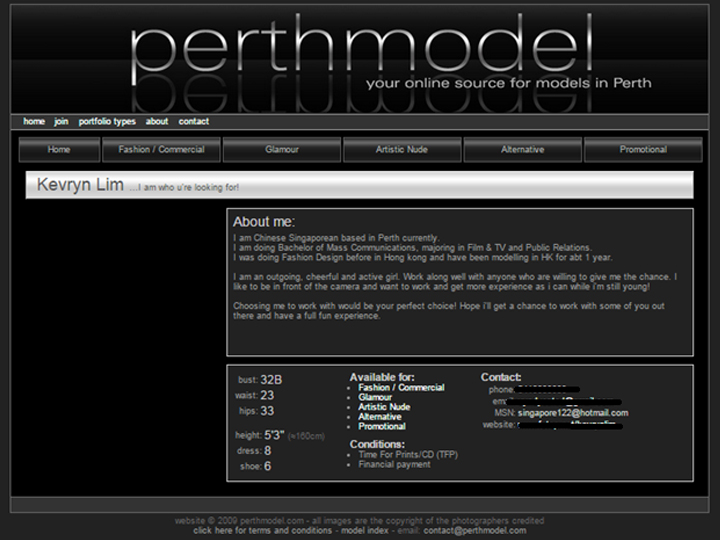 With such sound educational qualifications and job record, it’s inevitable that Kevryn gets compared to former NSP firecracker Nicole Seah.

The NUS graduate and advertising executive charmed her way through the 2011 General Election, and at 24-years-old at the time, remains Singapore’s youngest ever female candidate to run for office.

Her team captured 43.25 percent of the vote in Marine Parade GRC against Emeritus Senior Minister Goh Chok Tong and his crew – not too shabby for a newbie! 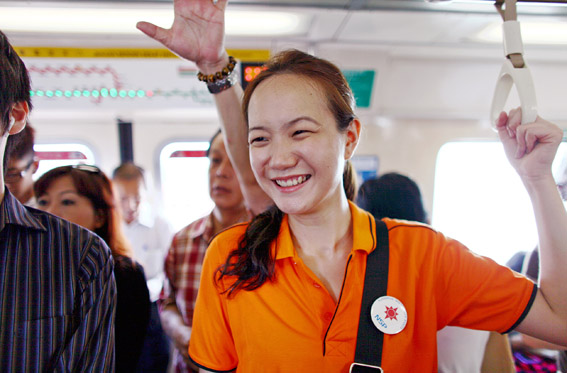 Of course, Goh had another youngster in his stable to contend with, besides contending with the NSP – Tin Pei Ling aka “Kate Spade”.

But can Kevryn get one up on her predecessor, and do what Nicole couldn’t – stand for election and win a seat in parliament?

We hope so (because we want to see more of her on TV lah), but it’s still early days yet and there’s been no mention of whether she’ll be contesting in the next General Election.

One little detail that might work against Kevryn though, is her modelling history.

We’re not sure how Singapore voters will take to a politician who’s done risque photoshoots, and had indicated her interest in “artistic nude” modelling. 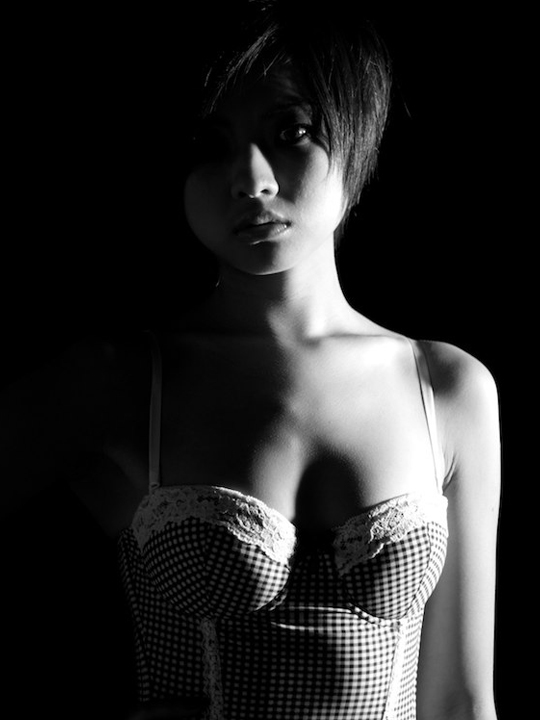 Even World War II heroine Elizabeth Choy has done artistic nude modelling and she remains a respected figure in Singapore.

On her one released nude photo, she said “One must not be prudish. In the West, such things are common.”

But Elizabeth Choy wasn’t a politician.

It will be interesting to see, when the time comes, how opinion will sway for Kevryn.

If she contests, she could be the one spark that gives the NSP the edge and tips the scale in the party’s favour.

In a local political scene known more for boorish folks and military generals (Selfie King Baey Yam Keng aside), this spunky young lady is a breath of fresh air, especially after the departure of Nicole from the NSP.

What Kevryn lacks in terms of stellar educational certs or political maturity, she makes up for with that X-Factor and youth appeal.

It’s a matter now, of convincing the conservatives.

Right now, we just want her to pay us a house visit.

Drinks will definitely be free flow on the house. 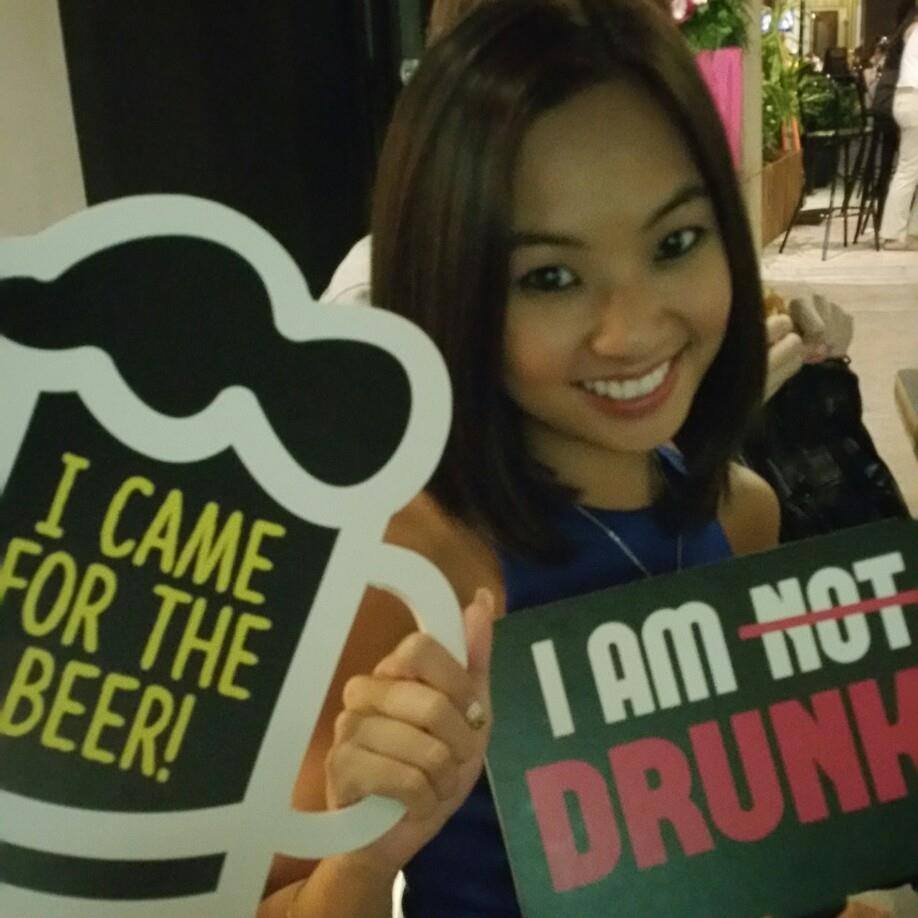