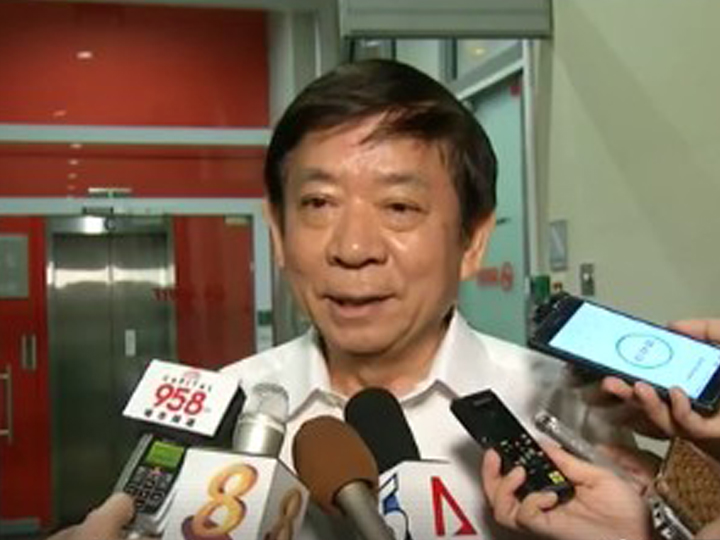 “Commuters were inconvenienced and some were even injured. So we are deeply sorry for that. Those who were injured and are in hospitals, the Second Minister (for Transport), Ng Chee Meng as well as Senior Minister of State for Transport, Dr Lam (Pin Min) visited all of them. They have been most understanding and we are deeply grateful.”

Calling it an “awful day”, Mr Khaw said that a Committee of Inquiry could be commissioned if investigations that are currently in progress fail to uncover the clear facts surrounding the incident.

In the meantime, Mr Khaw said he advised SMRT and LTA to suspend train service from Joo Koon to Tuas Link on Thursday, for system provider Thales to conduct a thorough check.

517 passengers were on a train travelling at 16km/hour when it collided with a stationary train at Joo Koon MRT station.

LTA Deputy Chief Executive for Infrastructure and Development, Mr Chua Chong Kheng, said that most of the passengers injured in the incident suffered bruises from knocks and falls, which occurred after a software protection feature was inadvertently disabled.

At least one passenger fainted because of low blood sugar, while another passenger suffered a face injury and a broken tooth.

The captain of the train was among the injured.

Mr Alvin Kek, SMRT’s Senior Vice President of Rail Operations (NSEWL), said that passengers who did not seek treatment immediately after the collision can still submit their outpatient claims, and SMRT will look at an applicant’s travel record to verify their claims.

Those commuters can approach SMRT at any station and they will be assisted.

SMRT set a new record today for the most number of lines to face train service disruptions at one time during morning peak hour traffic.

This, after 3 of the train lines it operates – the North-South Line, East-West Line and Circle Line – all experienced disruptions this morning.