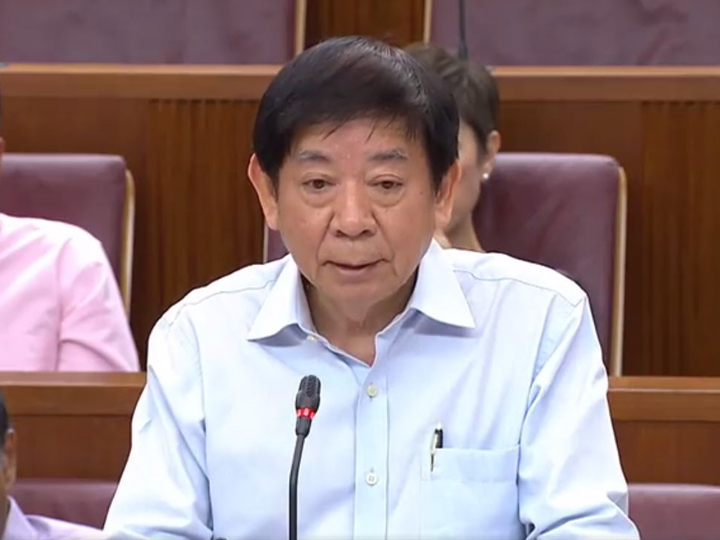 In a reply to a question from Workers’ Party Non-Constituency MP Leon Perera, he said that there is “no evidence of shortcomings or lapses in regulatory oversight by LTA or MOT staff.”

Mr Perera had asked if compensation paid to senior staff in the MOT and LTA would be affected as the ministry and agency are tasked with oversight of SMRT.

Mr Khaw said that the tunnel flooding incident that shut down a segment of the North-South Line for about 21 on 7 October was preventable, and was due to poor maintenance and neglect by some SMRT staff.

“Such systems need to be maintained quarterly by SMRT, and maintenance records were signed off and submitted for December 2016, March 2017 and June 2017… However, these records do not match any corresponding logs for track access and pump activation.”

Mr Khaw was referring to findings by an SMRT internal investigation which showed that maintenance staff had falsified records stating they had conducted checks on the pumps when they hadn’t done so.

As a result, maintenance work on the pumps had not been done for close to a year.

SMRT said yesterday that it will be taking disciplinary action against the maintenance team responsible, and is also investigating another 7 managerial staff.

SMRT found that 2 out of 8 pumps at Kembangan and 3 out of 4 pumps at Lavender were not in serviceable condition.

“SMRT is currently conducting investigations into the relevant teams responsible for these pumps under the Building and Facilities maintenance group.”