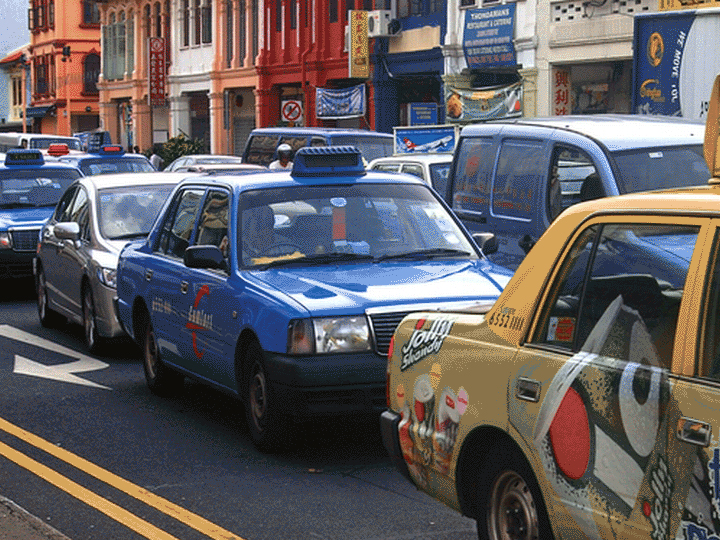 ELSON: Transport Minister Khaw Boon Wan has got it right this time on the issue of taxi fare evasion.

Taxi Operators shouldn’t expect the government to do all the dirty work for them if they can’t take care of their own taxi uncles and aunties.

These are people who pay you rental money (upwards of S$100 per day) to use your services, and it’s your duty to make sure their rice bowls are protected.

Not Khaw’s, or the LTAs or any government body.

Mr Khaw said in parliament that the figures point to 150 fare evasion cases a month out of 700,000 trips.

100 of such cases every month involve crooks who can’t be identified.

So what’s companies like SMRT or Comfort Delgro doing about this?

Twiddling their thumbs, I would guess.

New entrants into the market such as Uber and Grab have measures put in place, such as online credit card deduction for the taxi fare amount.

And, their drivers pay almost half in cost of daily vehicle rental.

Meanwhile, HDB carpark gantries have the “tap in, tap out” system where your IU unit is recognised upon entry, then charged upon exit.

These are examples of which make sure payment is fulfilled (and our government is an expert at this, that’s for sure. Even during a blackout, MRT gantries still function!).

Taxi operators, for all their millions in profit, cannot develop such safeguards to make sure their drivers are safe?

Or did they think that since the number of cases is relatively small, then just “nevermind lah”?

As our Transport Minister said:

“We are most sympathetic to the taxi drivers who experience such incidents. But if the taxi driver could not tell us the identity of the person, other than saying that the person is of a particular race, or gender, it is very hard for us to track down the person. So, I think common sense requires the taxi drivers, when they encounter such an incident, to get as much information as they can from the fare evader: basic information like name, address and so on.”

Are taxi operators not able to use their millions in profit to install in-car cameras (pointing at the right spots, naturally, for privacy concerns)?

There’s an old saying that goes something like this, “Where there’s a will, there’s a way.”

Is there the will, on the part of taxi operators, to tackle the problem?