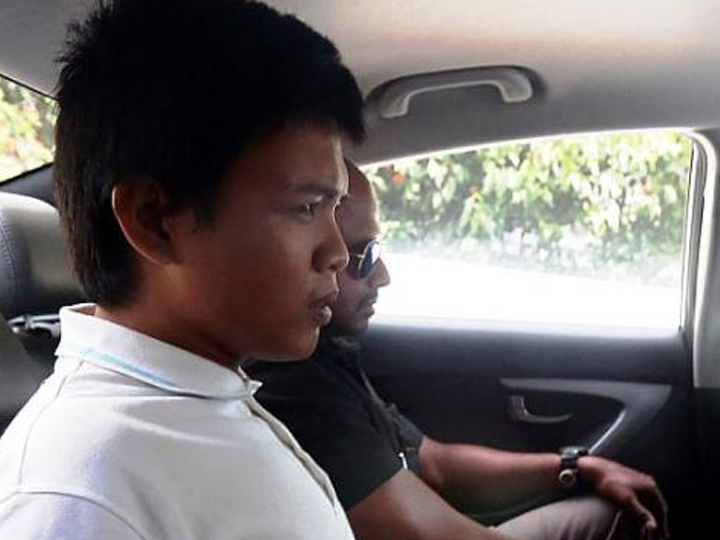 Muhammad Iskandar Sa’at faces the gallows if he’s convicted under the Arms Offences Act for unlawfully discharging a firearm.

The 24-year-old is accused of snatching a policeman’s revolver and shooting him, in an attempt to escape from custody at Khoo Teck Puat hospital.

Iskandar reportedly snatched the baton of 31-year-old policeman Mohammad Sadli Razali and beat him with it, then took his gun and fired at him while they were in a private examination room.

Police say he fired three rounds from the 0.38 inch caliber Taurus revolver “with intent to cause physical injury”.

The shooting wounded Sadli in the thumb and right foot.

Police say Iskandar was arrested for motor vehicle theft on 19 June 2015 and under remand for further investigations.

On 20 June 2015, he complained of chest pains and was escorted by Police officers to KTPH to seek medical attention.

While inside one of the hospital’s examination rooms, which are not accessible to the public, the suspect attempted to escape but was stopped by one of the Police officers.

A struggle ensued, leading up to the shooting.

According to the Arms Offences Act,

But it isn’t the end of the road yet for Iskandar.

The current charge he’s facing is a holding charge.

This means that the prosecution may amend the charge when investigations have concluded.

His cases will be heard next Monday at 3pm.