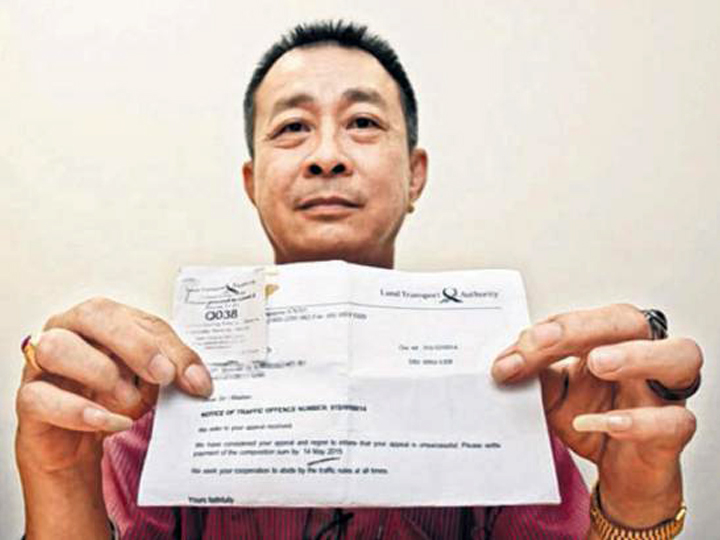 His elderly passenger wanted to alight and take the train.

So this considerate taxi driver stopped at a zebra crossing to let her alight, as it was close to the train station.

He was caught on CCTV, and issued a S$120 fine and 3 demerit points by the Land Transport Authority.

The incident happened in February this year.

The taxi driver said he ferried an  elderly lady, who was around 70 years old, to Choa Chu Kang.

He said the lady asked to alight near the bus interchange, as it was close to the MRT station.

To make it easier for the elderly lady, the driver said the stopped near a zebra crossing in the vicinity.

The taxi driver is hoping that the LTA will take into account his kind intentions, and repeal the penalty.

Under the Road Traffic Act, drivers are not allowed to “stop upon any pedestrian crossing unless he is prevented from proceeding by circumstances beyond his control or it is necessary for him to stop in order to avoid an accident.”