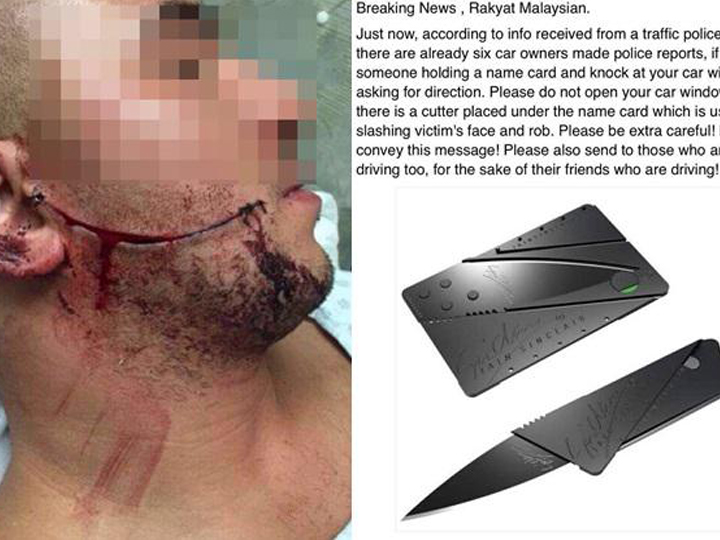 If you’re driving in Malaysia and someone comes knocking on your window offering you something that looks like a business card, drive on – that card might be a knife in disguise!

Word is going around on the internet that thieves are using such tricks to rob motorists across the Causeway.

It appears that some have already fallen prey to the card crooks – intimidated into giving up their cash, or at worst, slashed in the face for resisting.

The “business card” which they wield can apparently transform into a 6.5cm-long knife with the flick of a wrist.

It has been spotted at some stores in Geylang here too, but there’s not been any reported instance of such tricks being pulled in Singapore.

Be on your guard, motorists!