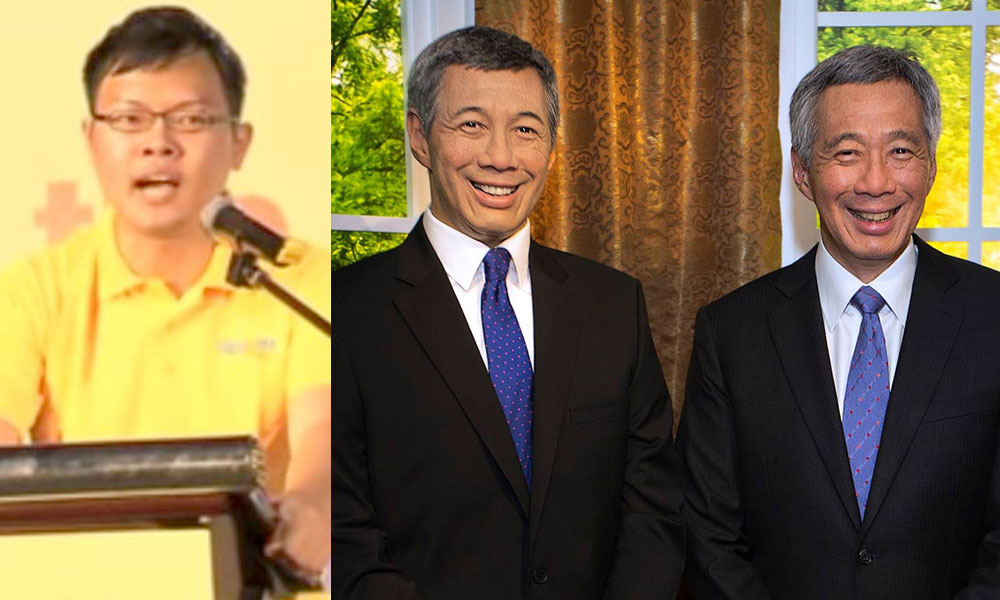 Former Reform party candidate Alex Tan has stated that his New Year’s wish for 2018 would be for Prime Minister Lee Hsien Loong to develop terminal cancer.

Tan, who contested against PM Lee in Ang Mo Kio GRC in General Election 2011, said this yesterday in a blog post.

“It may sound crass but my New Year wish is for Prime Minister Lee Hsien Loong to get terminal cancer. Having seen how cancer brought pain and sufferings to my loved ones, I fully understand what I am really wishing for.”

Tan said that “an outright death penalty for Lee Hsien Loong is considered only a reduced sentence” and that he wishes him death for the “good of Singapore”.

“My primary wish for Singapore is to be a better society, and this warrants the death of the dictator. His policies are literally killing Singaporeans – employment, education, healthcare, quality of life, meritocracy, equality, democracy and you-name-it, every aspect of our Singaporean lifestyle has been deteriorating each year since Lee Hsien Loong came to power in 2003.”

He added that “despite given dictatorial powers and controls, Lee Hsien Loong could not deliver a decent standard of living for the people” and that believes that only the “death of the dictator” will bring improvement to Singapore.

A former editor of defunct hate-mongering website The Real Singapore, Tan currently lives in Australia and blogs at the States Times Review.

He has indicated that he has no intention of returning to Singapore.