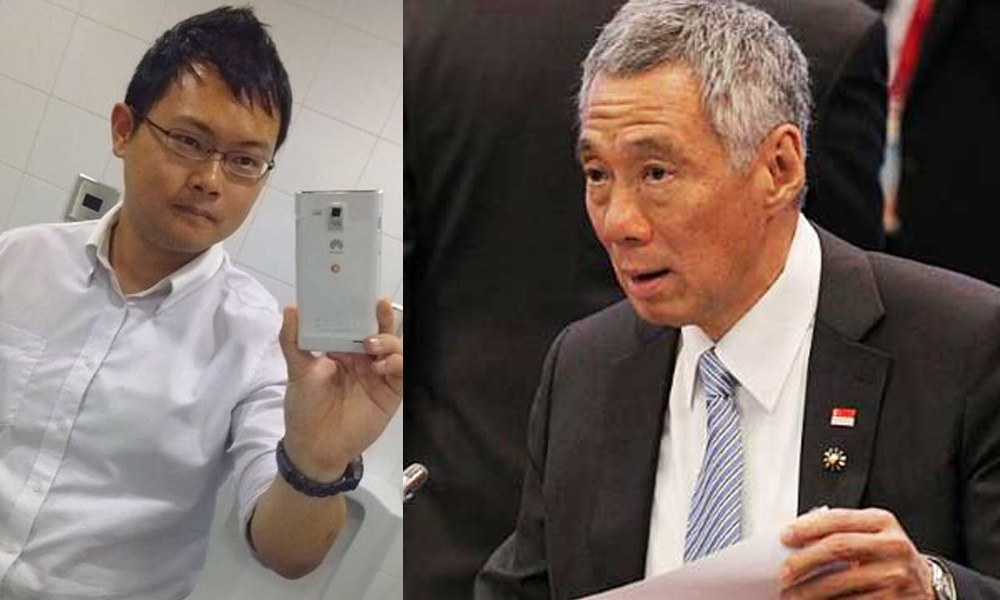 States Times Review may have been shut down, but former editor Alex Tan has reserved one last swipe for the Singapore government.

Tan, who is living in Australia, is being investigated by Singapore police after the Monetary Authority of Singapore lodged a police report against him for criminal defamation over corruption allegations.

His latest response, in an interview with newly-minted website, Singapore Herald:

“If any part is wrong or unfounded, contest it. Prove that I am wrong, but they can’t. Simple as that.”

After PM Lee denied the allegations, Tan challenged the prime minister to disprove his claims or sue him in an Australian court.

Speaking in his latest interview, which was reportedly conducted by means of video conferencing, Tan said:

“Let’s think the other way: if the events are unrelated, could anyone reasonably explain each event by itself? Why did Najib Razak agree to give Singapore a huge discount, and Lee Hsien Loong who was privy to the water treaty discussion did not raise an issue? Why did Najib Razak agree to the High Speed Rail with Singapore, knowing he could not afford it? And the most important question of all: how did the billions of stolen 1MDB funds get into Singapore, considering that the banking system is now fully digitalised?

Tan has further claimed that the Singapore government deliberately attempted to get STR shut down ahead of the coming General Election.

“The ban (of The Real Singapore) 3 years ago coincided with the GE in 2015 – it is hence obvious taking down independent news media is a set up for the election…. No doubt. 2021 is GST year, so they will move the election away as far as possible. I am pretty sure the next GE is coming in 2019.”

Tan maintains that unlike The Real Singapore, he did not start STR to make money:

“If I want to make money, I am better off working in a A$20 minimum wage job in McDonald’s than writing.”

STR was shut down last week by Tan, after access to the site was blocked in Singapore.