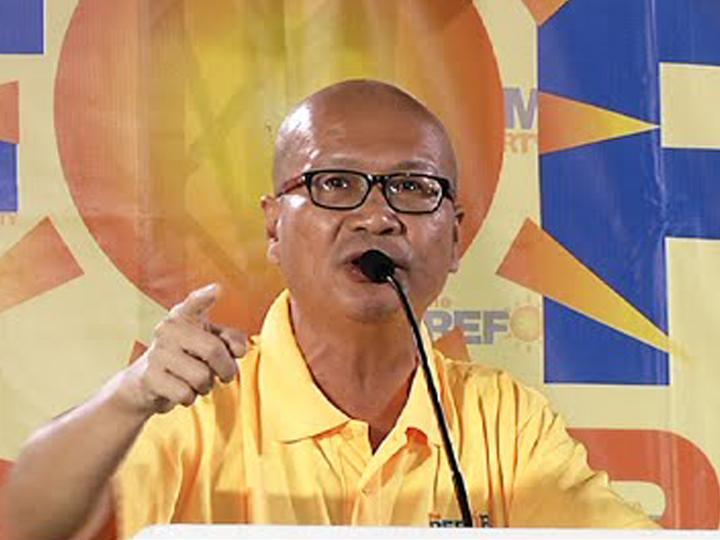 Gilbert Goh has written to the United Nations office in Bangkok, complaining that the PAP rigged General Election 2015 in its favour.

This comes after the shock swing victory for the PAP in GE 2015, which saw the party return to power with 69.9 percent of the vote – about a 10 percent increase from the last election in 2011.

For those not familiar with Mr Goh, he represented the Reform Party in Ang Mo Kio GRC in GE 2015, and is also the founder of local support website for the unemployed, Transitioning.

This is his letter in full:

I want to formally lodge a complaint to the United Nations for our country’s recently-held general election.

For the record, I also stood for general election twice – Tampines GRC in 2011 and Ang Mo Kio GRC this year.

For the recent election, the ruling party PAP won by a landslide majority percentage of 70% – a huge increase of 10% over the previous GE 2011 result of 60%.

Many opposition parties suffered from bad losses – right down to the unprecedented 20s percentile mark.

My fear is that if the following unfair unethical practices are to go unchecked, it will be the accepted norm and we may see a one-party rule for a very long time – something which many Singaporeans are uncomfortable with.

Many are willing to accept the mandate of the majority but if the ruling party won it unfairly then the international community such as the United nations needs to step in so that future elections can be conducted ethically and above board.

We hope that independent assessors be sent in by the UN so that the population is ensured of a fair and ethical election from now on.

Moreover, Singapore is a  internationally-renowned economic powerhouse with a huge multi-national presence but it is seriously lacking in democratic rights and freedom of speech.

Those who spoke out against the authorities were frequently questioned by the police with some facing lawsuits and jail sentence.

I have listed down the following unfair unethical ways in which our government has won the recent election:-

New citizens were injected yearly so that they can usher in to vote for the ruling party out of loyalty.

They were mostly hailed from third world countries such as Philippines, Malaysia, China, India and Indonesia and know no other party besides PAP.

An average of 25,000 new voters are added in annually since 2006 and by this election, more than 200,000 new citizens are eligible to vote – mostly for the first-time.

Though we acknowledged that voters are swayed by the SG 50 jubilee celebration and the death of patriach Lee Kuan Yew to vote for the ruling party, new voters from third world countries will be the new force to be reckoned with.

New-citizen voters is the main reason why our government allows in so many foreigners on the pretext of economic expansion but behind there lies a more sinister motive to stay in power forever as they are loyal to the ruling party.

We urge the government to consider that new citizens can only vote after staying with us for 5 years and beyond so their votes can never be manipulated at the onset to help the ruling party.

Boundary changes is the norm of every election but for this recent election it is more pressing as the ruling party faces some unresolvable national issues such as transportation and over-crowding.

It’s share of the crucial majority votes have been slipping since two elections ago.

For this election, boundary changes is also more critical as it allows the government to flood certain opposition-held wards with new citizen voters. It is almost a sure-win way to ensure that they can hold on to their own constituencies and yet able to possibly remove a opposition-held ward or reduce its winning margin.

WP’s Aljunied GRC is one such ward as it saw the winning margin reduced from a five-figure majority victory in 2011 to a narrow 1900 votes (50.95). There is a 3.7% swing against the opposition giant.

There is thus this fear that WP may not be able to hold on to Aljunied GRC in 2020 when the ruling party pours in more loyal new citizen votes with all things remaining equal.

The government roughly knows whether certain precinct is pro-government or pro-opposition according to the polling station and this is public knowledge by now.

By removing or adding certain precinct from a constituency, it can ensure that the area has a majority of government voters with the awful unfair boundary change that comes with every election.

We urge that any boundary changes in future be effected in consultation with the opposition to ensure that the playing field is levelled.

3. Demarcation of PA from PAP

The heavily-funded People’s Association (PA) is the arm and leg of the ruling party and its reach into the masses is one main reason why it won so handsomely.

It is also unfair as PA is a statutory board which is supposed to be non-partisan but its activities is all along very pro-PAP.

It has a yearly funding of $500 million and its budget is going to be ballooned to $1 billion soon. Its accounting practice is also suspect and is one of the many statutory board that is flagged by our Auditor-General’s office for malpractices.

This is unfair to the opposition as the government is using our tax payer money to fuel it’s own campaign by using unethical means.

Moreover, the chairman of PA is none other than the Prime Minister himself.

We urge that the PA be disbanded or distance itself from the ruling party in everything that it does to ensure that the playing field is levelled.

The Election Department now falls under the jurisdiction of the Prime Minister Office (PMO).

This is most unfair as it gives the ruling party a huge advantage especially when the ED can influence significant boundary changes and when it can call for a election after consulting the PM giving little time for the opposition to prepare it’s ground.

We urge that the ED will be independent of the PMO so that it is impartial and just.

5. Control of mainsteam media during election

Our press rankings have been slipping down yearly with the latest rating at a historic low of 153 out of 180, according to Paris-based watchdog Reporters Without Borders.

The government has controlled our press and TV so that it can influence the masses especially during the crucial general election. Information is mostly slanted to benefit the ruling party and this press behaviour is not unlike that of communist bloc countries like China or Russia.

Propaganda messages were played and re-played again during the recent election so that the large middle ground is influenced to vote for the ruling party.

We urge that the government frees up our mainstream media so that the population has a balanced access to information on a impartial basis.

Let the public decide what kind of government they want without improper propaganda through unfair means.

I am willing to speak with the United Nations personally on all the above mentioned matters so that our country can have a fair and ethical election in GE 2020.

We also welcome independent assessors into our country for the next general election to ensure that the best political party wins – on its own merits!