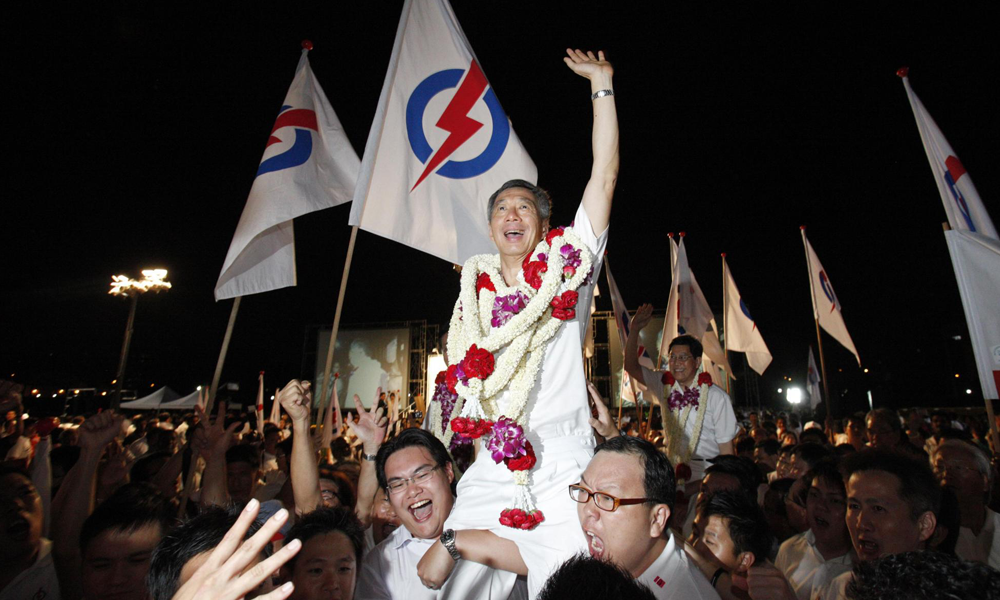 Firstly because political “analysts” Eugene Tan and Gillian Koh, or Tweedledum and Tweedledumberer respectively, have publicly said the equivalent of “tan ku ku (wait long long), not so soon lah…”

And like a broken-record version of “Ai Pia Cia Eh Yia”, they’re wrong 70 percent of the time and lucky the other 30 percent.

Then there’s the giant test balloon in the room – GST.

How to implement before sealing the mandate, and implement sooner rather than later would bring in more tax monies right?

If the mandate is sealed now, Budget 2020 in Feb don’t need to give out so many chicken wings, instead tell people to tighten their belts because the economy is bad and whole chickens need to be taken back.

Besides, the government has introduced so much rah-rah this year, probably because there’s only so much one can flog Lee Kuan Yew’s death – it’s been 4 years now!

Next, because of the element of surprise – the PAP has the resources to muster the organs of the party quickly, and a blitzkrieg approach would work to its advantage.

Opposition parties may have the will, but definitely not the resources to match.

And of course, because that’s the time just before school holidays start. Schools and such can be mobilised as polling stations with minimum fuss, and polling agents from the civil service won’t cow beh that their vacation plans are ruined.

Same thing for polling stations and agents – the less fuss and cow beh-ing the better, so just before school holidays is optimal.

If the government is feeling rich, then it can use Budget 2020 to dole out more sweeteners.

Forget what political “analysts” Eugene Tan and Gillian Koh say about how a May 2020 election would give the opposition time to prepare.

During that time, the opposition would still be running around like headless chickens because no one would know what the boundaries are.

For all they know, Pasir Ris-Punggol GRC could be redrawn into Pasir Ris-Pulau Blakang Mati GRC.

But let’s hope its May 2020 lah, so that at least we get some more chicken wings before we have to return the whole chicken.