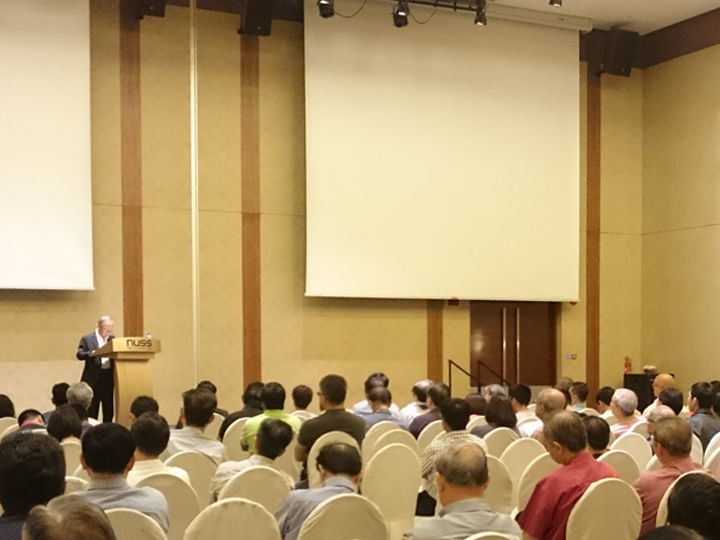 PATRICK: My toes laughed when there were calls for the venerable Dr Tan Cheng Bock to be a “unifying” figure at the Future of Singapore dialogue.

How can Dr Tan be the “future” of Singapore when he surrounds himself with helpers who are mostly old persons? Even at the dialogue session, almost 80 percent of the crowd was made up of seniors. I think anyone who was there would agree with me.

Dr Tan’s staunchest supporters and closest aides have either white heads, or greying ones. Compare that to the Workers’ Party, for example. While the WP is now focusing on leadership re-generation and bringing more good youth to the fore, Dr Tan is simply shutting himself off with a bunch of Pioneer Generation cardholders, hatching some Dark Ages plans for a political rejuvenation that evidently doesn’t click with young Singaporeans.

He has been given 6 years (longer than Desmond Kuek has been given to run SMRT into the ground), and still Dr Tan can’t or won’t bring more young people into his fold. I wonder who is planning to “mentor” – another group of leaders in their 70s? Because it seems that he is adverse to anything below 30 in age.

How can he be a “unifying” figure when he’s still running a closed-campaign built on the backs of his elderly comrades?

Where are the young ones, Dr Tan? It’s now 2017, not 2011. You and your “grandads army” must stop neglecting our nation’s future, and start embracing them instead.