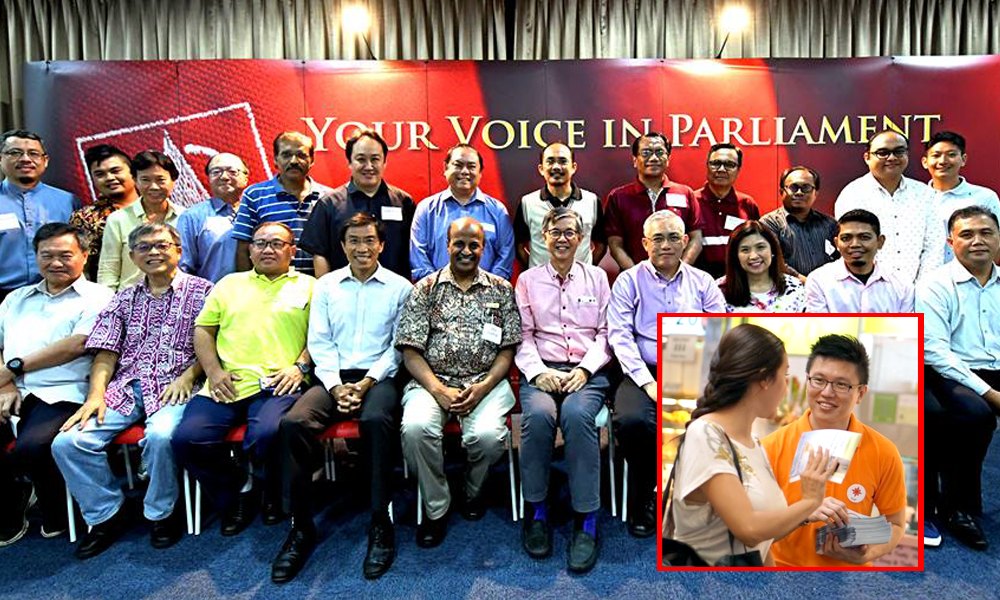 National Solidarity Party Secretary-General Spencer Ng has lashed out at the Singapore Democratic Party after he was denied entry to the SDP-held Pakatan Harapan forum.

In a statement on the SDP’s Facebook page, Ng said that he was “declined at the door” when he tried to attend the forum on Saturday (7 July), following “an administrative oversight to confirm the number of attendees” that the NSP would be sending.

What possibly peeved Ng even more – former NSP secretary-general Lim Tean was among the participants of the by-invitation only forum.

Lim served as NSP secretary-general for less than 2 years before resigning in 2017, citing differences with party members.

“With Opposition Parties’ solidarity in mind, I am upset that SDP was unable to accommodate one representative from NSP, who is the Sec-Gen of the Party on the day itself and we lost a valuable chance to learn from successful and experienced politician, Mr. Tian Chua.”

Despite the incident, Ng said that the NSP looks forward to “future opportunities to work together” with the SDP.

However, his statement which was posted 4 days ago has not been met with a response.

The forum was aimed at developing further insights into coalition-building in the wake of the historic opposition coalition victory in Malaysia, and featured former Malaysia MP and PKR Chief of Information Tian Chua as guest speaker.

“We come from diverse backgrounds but there is much more that unites us than divides us. We all share the belief that things can be better, that we can and will have a democratic Singapore. We hope that this private session will inspire us to work together for a better Singapore for all.”