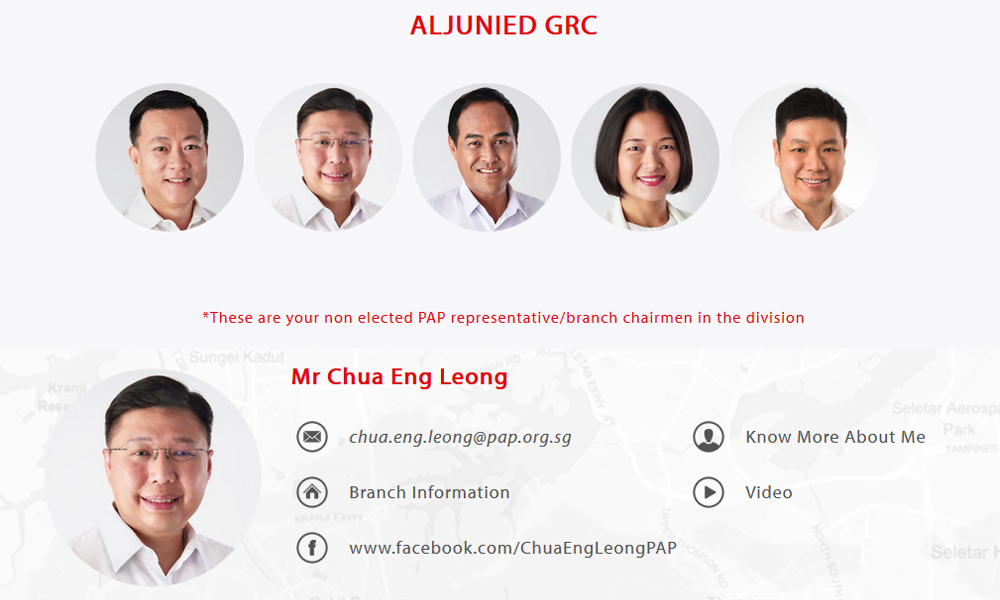 He lost in GE2015, but he still found his way up and now he’s whacking the Aljunied GRC leaders he lost to.

This, after a Facebook note that Mr Singh wrote bemoaning the time taken to build a simple ramp in his constituency, and how the PAP’s losing candidates (such as Chua Eng Loong) are able to assume positions in the People’s Association and dictate the approval of developments sought by elected MPs and town councillors.

In his response, Mr Chua said that funding for the ramp (opened to the public just recently in 2019) was secured in 2016.

He attributed the delay to the number of projects that were being developed, and contractors asking for time extensions.

However, Mr Chua did not state when work on the ramp was carried out despite funding being secured 3 years ago.

More tellingly, Mr Chua skirted the issue of why elected town councillors must seek approval from the PA for the development of projects, and why the PAP’s losing candidates for a constituency (Mr Chua, for example) are put in the position to monitor such projects.

Commenting on the court verdict on the long-drawn AHTC Saga, Mr Chua insinuated that the WP’s running of the town council has left residents wanting.

“I have received queries from numerous residents about what the incumbent town council has done for them over the course of these past 8 years. Instead of engaging in an online debate, I urge everyone to remember our priority is to our fellow Singaporeans and we should focus on accountability to them and not debate on a completed BFA Ramp, which is but a mere red herring.”