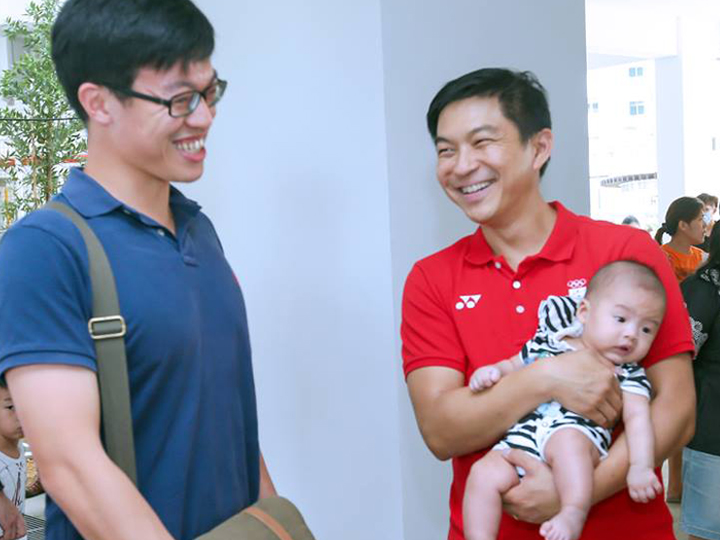 Social and Family Development Minister Tan Chuan-Jin has weighed in on the opposition teams in Marine Parade GRC, which hs is currently representing as an MP.

Mr Tan said he observed that the WP candidates only started walking the ground over the last few weeks.

Nevertheless, Mr Tan added that he felt the NSP candidates haven’t been very active on the whole.

That contest was Mr Tan’s first ever election battle.

During a walkabout yesterday (2 Aug), he said that his team’s focus remains on serving the needs of residents, regardless of who they will come up against

“We are a slightly older estate,” said Mr Tan. “We’ve been talking to residents, some have been here for 30 years, but that’s where a lot of renewal efforts seem to come in, like lift upgrading.

“That’s where, like managing our funds, we’ve come to realise that in a much more acute fashion, that we really need to keep things sustainable. Like your town council sinking fund – it becomes very important because if you don’t manage that carefully, suddenly your residents will be inundated with a very big bill to refresh things that need to be refreshed.”

Come the next General Election, widely-believed to be in September 2015, Mr Tan will renew his challenge for Marine Parade GRC.

Ms Tin Pei Ling is expected to lead the charge for MacPherson SMC.

The NSP and WP have both expressed interest in contesting Marine Parade GRC and MacPherson SMC.