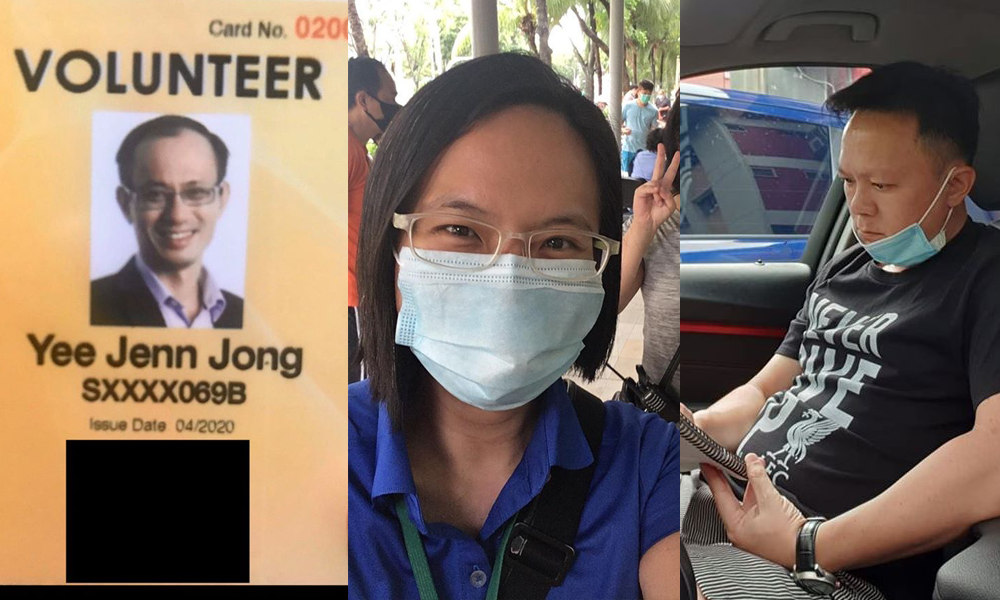 Workers’ Party chief Pritam Singh has revealed how some party members have gone out made a difference during this circuit breaker lockdown period in Singapore.

Among those he cited were Yee Jenn Jong, who has been distributing food to the needy, as a volunteer with an essential social service provider.

“A resident and volunteer in Marine Parade GRC, JJ now helps to distribute in excess of 300 packets of food in several locations in the constituency to low-income earners and those who need some tiding over.”

Ng started the “Art for SG Migrant Workers” campaign to provide support for migrant workers, and also assists with crowd management at a market in Aljunied GRC.

Ng has been working with a volunteer organisation to provide help to low-income families.

During the circuit breaker period, the volunteer organisation supplied second-hand computers to low-income households to help with home-based learning.

“The volunteer organization collected, refurbished and supplied laptops to around 400 households before the enhanced circuit breaker took effect. Dylan dropped laptops off, amongst other areas in Singapore, to families living in the northeast (Sengkang/Punggol) at Compassvale, Edgedale Plains and Fernvale Lodge, and further afield in Bukit Batok and Clementi.”

Opposition parties have been keeping themselves busy during this circuit breaker period despite the restrictions on movement.

The Singapore Democratic Party has been beefing up its 4Y1N political campaign.

The People’s Voice Party has been questioning the measures put in place by the government, which it deems to be detrimental to the Singapore population at large.

The Progress Singapore Party has its hands full dealing with internal politics which threaten to detail the party as it heads into its first General Election.