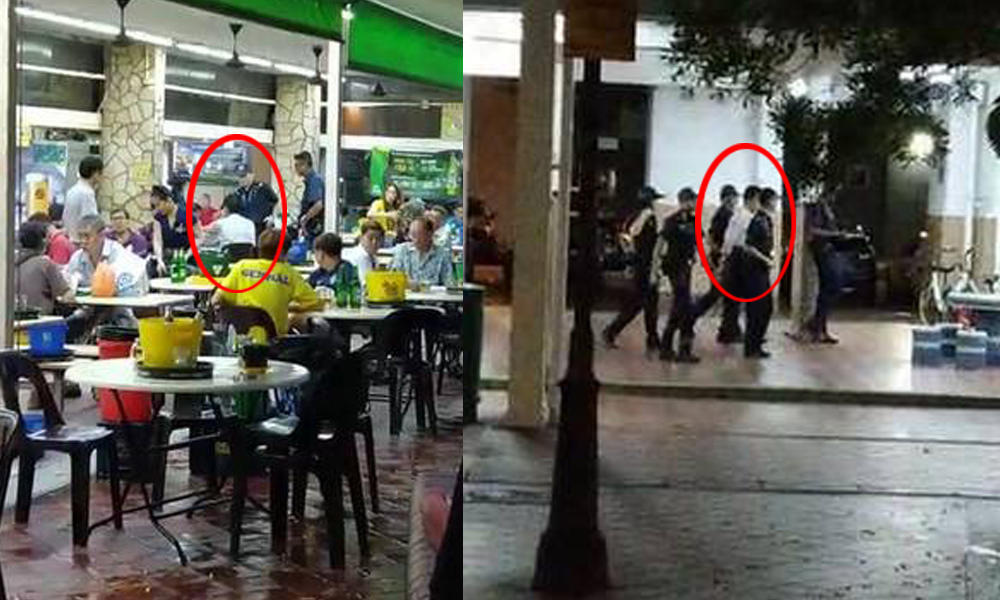 This 64-year-old lao tiko was arrested for allegedly molesting a beer girl at the Yishun S-11 kopitiam yesterday (13 June).

The man was seen being questioned by police officers at about 6.50pm.

He was subsequently arrested on the charge of outrage of modesty.

The Yishun S-11 kopitiam has been notorious of late for its women woes.

In March, a group of men in their 60s were caught on camera fighting over a woman there.