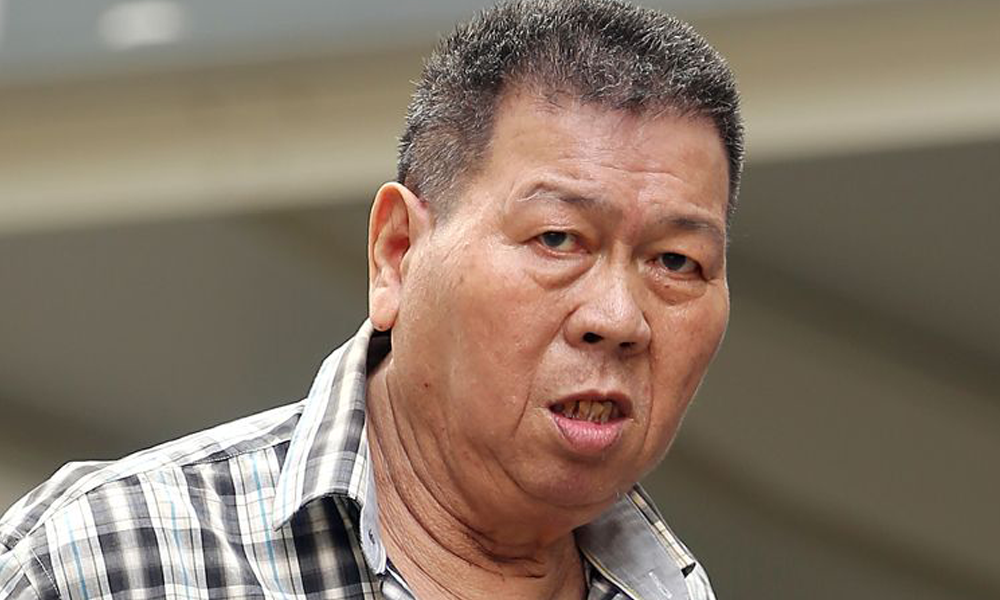 This lao tiko (old pervert) used his little finger to poke the private parts of a 13-year-old schoolgirl on board the MRT, and later attacked another 23-year-old woman on board the same train!

At the time, 67-year-old Mk Yip Kee was on board the train with the student, travelling from ALjunied to Paya Lebar station.

The 13-year-old schoolgirl was dressed PE attire at the time.

She boarded a train at Stevens MRT station and got off at Bugis MRT station, where she then took the eastbound train in the direction of Pasir Ris MRT station.

In the train, she stood behind Mak, who was holding onto a safety bar with his right hand and had a mobile phone in his left hand.

She noticed at the time that his left little finger was pointed outwards.

Shortly after the train departed from the station, Mak poked the front of the girl’s left thigh.

The schoolgirl thought the contact was accidental and moved to her left.

Then, Mak poked at her private parts over her shorts with his left pinky.

Shocked and afraid, she didn’t confront him, but moved away.

As Mak was getting off the train at Paya Lebar station, he swung his right hand towards a 23-year-old business development executive, who was standing near the train doors.

The student noticed that the woman moved backwards, and realised that Mak had also touched her.

Eventually, she approached the woman and was told that she too had been molested by Mak.

The 2 ladies alighted at Bedok MRT station and sought help from MRT staff, who called the police.

Mak was arrested 4 days later, and investigations turned up that he had been convicted of a similar offence 20 years ago.

He was sentence to 13 months jail today.