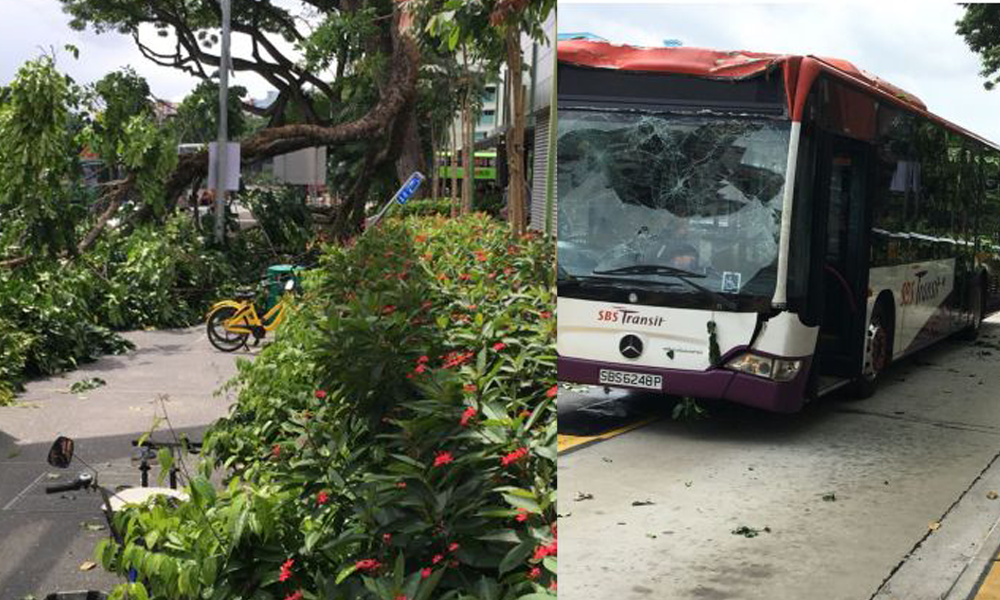 The roof and front bumper of a SBS Transit bus were damaged earlier today when a large tree branch fell on the bus.

The windscreen of the bus was also cracked.

The incident took place at about 2pm today, at a bus stop near Northpoint City, opposite Yishun MRT station.

SBS Transit said a statement that the bus service 117 was approaching Yishun Avenue 2 when the tree branch landed on it.

No one was injured, but passengers experienced disruption to their journey.

A Northpoint City spokesman said that area was immediately cordoned off and a team from the mall worked with the police and the National Parks Board to clear the fallen branches.

Northpoint City says it has made arrangements to prune the cluster of trees as a precautionary measure, and is also working with authorities to assess if the trees should be removed.