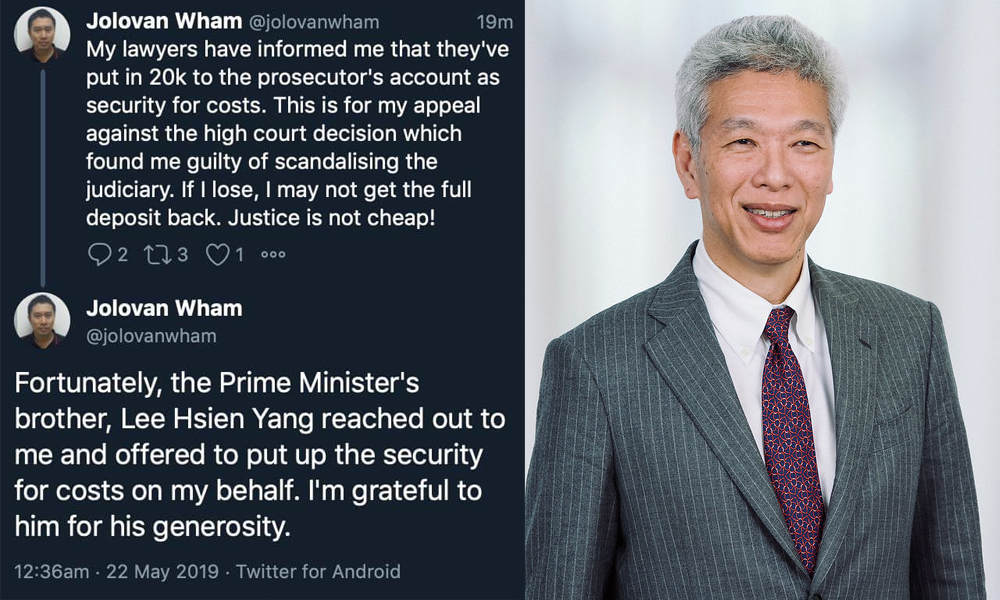 Human rights activist Jolovan Wham, who is appealing a contempt of court conviction, has received a lifeline after the prime minister’s younger brother, Lee Hsien Yang, donated S$20,000 to pay for his security deposit.

Wham was convicted for a Facebook post in April last year, in which he alleged that Malaysia’s judges were more independent than Singapore’s in cases with political implications.

Wham’s lawyer, Eugene Thuraisingam, said Mr Lee contacted his law firm on Thurs (16 May) and informed that he had made a bank transfer of the S$20,000 to the firm to pay for Wham’s security deposit.

The deposit has to be put up by an individual as a security for costs, when they appeal a court decision.

Mr Lee’s son, Li Shengwu, is now fighting a legal battle with the Singapore courts, over charge of contempt of court.

His wife, Lee Suet Fern, is challenging allegations of professional misconduct, after the Attorney-General’s Chambers complained to the Law Society about her role in the preparation of the last will of her father-in-law, Lee Kuan Yew.