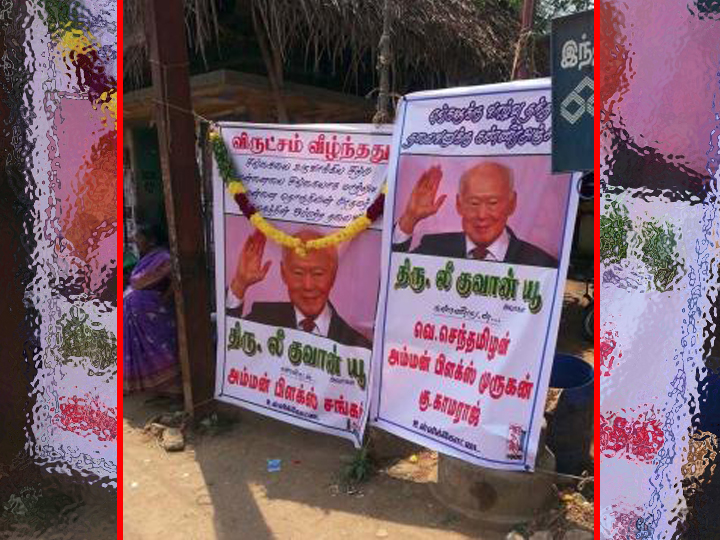 These banners have been seen in several villages.

They were supposedly erected by former foreign workers who laboured in Singapore.

This is a rough translation of the banners:

The Peak of the Himalayas has Fallen.
We lived in huts but now we have concrete houses.
You are our god.
The creator of Singapore, Best Prime Minister, Best Leader.
Internationally respected. A Great leader who gave life to the Indian People.
Our condolences, you gave us life.

His body is being moved to Parliament House today, where the public can pay their last respects.