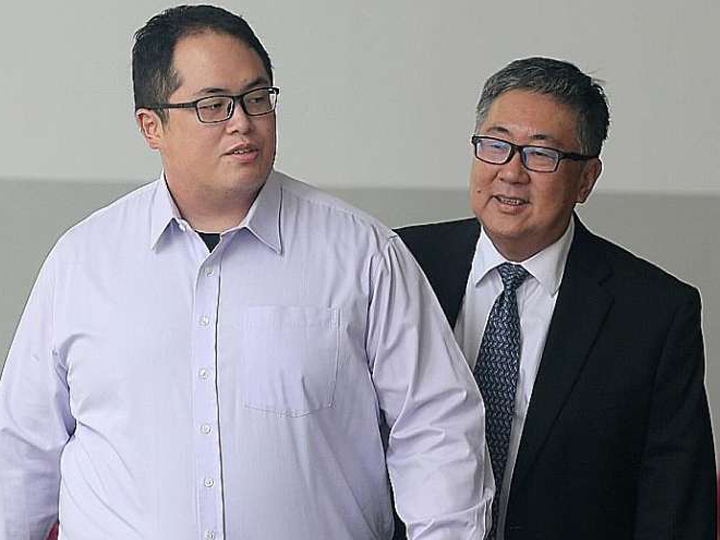 Legal action has been taken against the two sons of one of Singapore’s top lawyers, Senior Counsel Tan Chee Meng.

Tan’s younger son, 24-year-old Isaac Tan Yang En, has been accused of 2 counts of remaining outside Singapore without a valid exit permit and 1 count of failing to comply with a Further Reporting Order to report for national service registration, pre-enlistment documentation and medical screening.

Isaac Tan was charged in court, yet allegedly remained outside Singapore without a valid exit permit between 15 Aug 2006 and 5 Aug 5 2015.

He will appear in court on Sept 4.

Isaac Tan has said that he is a Canadian citizen and that his parents had brought him there when he was 8 and he had come back to Singapore voluntarily to serve his national service.

He had evaded for more than 10 years.

SC Tan was appointed Senior Counsel in 2006 and is currently the deputy chairman at Wongpartnership,

His immediate family, comprising Jonathan Tan, Isaac Tan, their older sister and their mother migrated to Canada on 1 Dec 2000, with no intention of returning to Singapore.

SC Tan remained in Singapore reportedly because of a lack of employment opportunities overseas.

Deputy Prime Minister Teo Chee Hean said back in a ministerial statement on national service defaulters back in 2006 when he was Defence Minister that the Constitution was amended in 1979 so that those who refused to serve could not escape their NS obligation by simply renouncing their citizenship.

He said that “Only those who have emigrated at a young age and have not enjoyed substantial socio-economic benefits are allowed to renounce their citizenship without serving national service.”