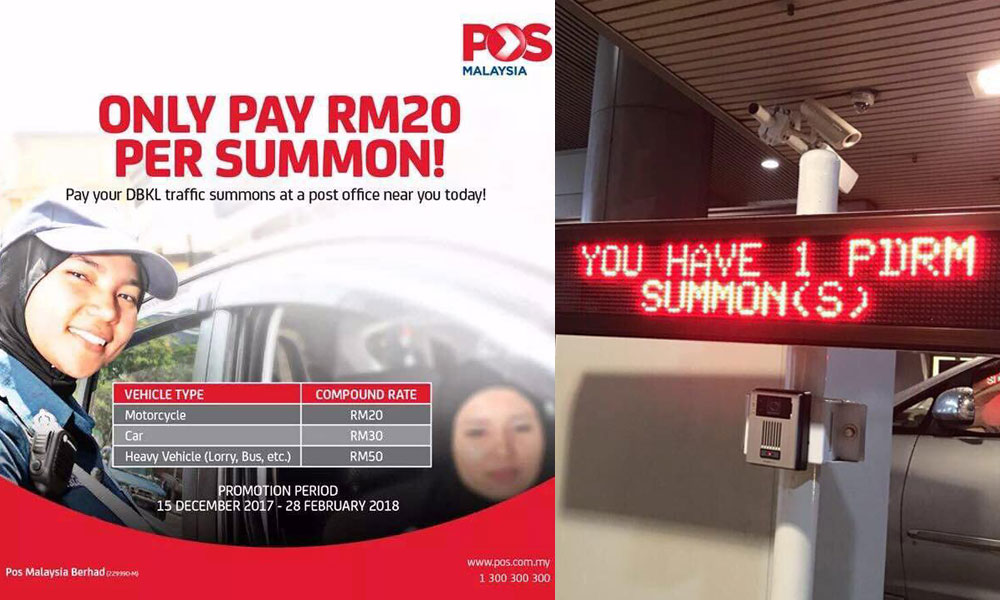 Wah this one really lelong ah!

If you’ve kana saman by mata in Malaysia and still haven’t paid yet, this is perhaps the best time to do so.

(Ed’s translation: This is an opportune time to pay for the traffic summons you have accumulated in Malaysia, if you haven’t yet paid for them.)

The offer is valid till the end of February 2018.

This is how much you would save if you just forked out that RM$20, or S$7 (assuming you only have ONE saman lah).

This isn’t the first time that Malaysia is offering “discounts” to encourage motorists to pay up.

It gave a similar discount last year too.

He said that as of 2017, there were 5.4 million compound notices which remained unpaid.