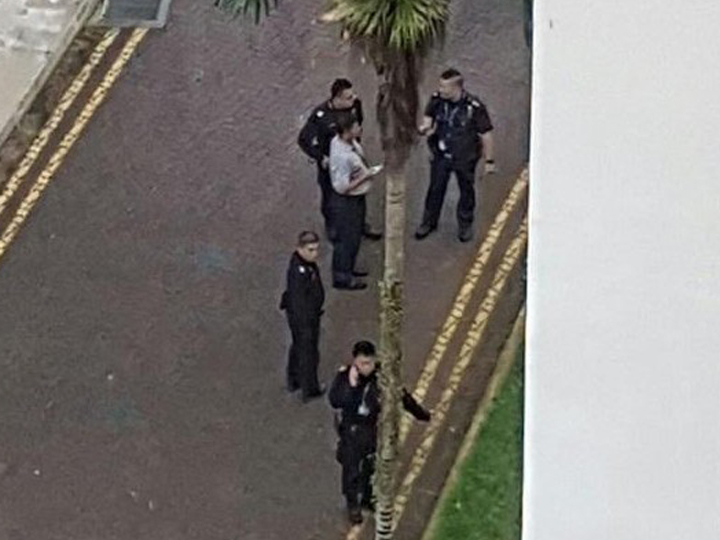 When Mdm Lee saw so many policemen, police dogs and SCDF personnel at the foot of her HDB block yesterday afternoon, she knew something big was going on.

It turns out the police were alerted at about 3.30pm to a bomb in one of the letterboxes at the void deck of Block 617 Choa Chu Kang North 7.

The whole ares was cordoned off, as police dogs were deployed to sniff out potential explosive materials.

Policemen were also seen using bomb-detecting devices to check the letterbox area for any trace of potential explosives.

Several residents were asked by police officers to open their letterboxes.

One of them said:

“You tell me there’s a bomb threat then ask me to open my letterbox, of course I scared lah!”

Still, all of them cooperated with the brave officers on the ground, who knew what was at stake and risked their lives to make sure any bomb would be detected and diffused if possible.

Fortunately, there was no bomb.

Police say they believe that an Ah Long had issued the bomb threat to his debtor to scare him into paying off his loans.