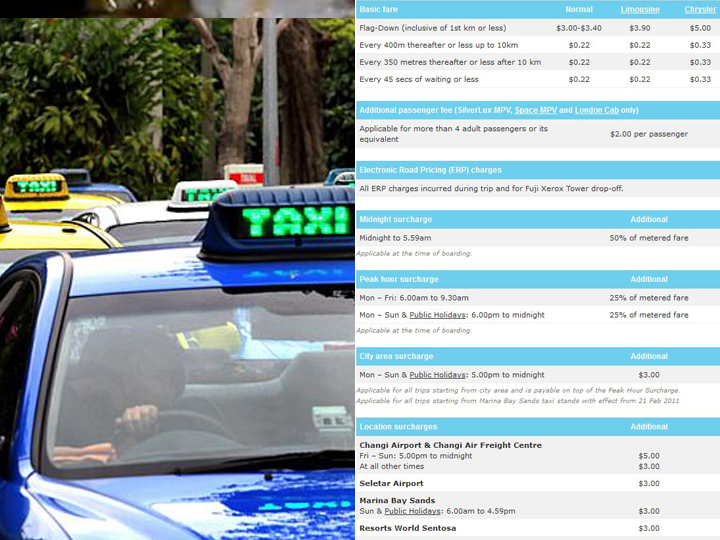 JING WEN: My two cents worth on this whole taxi surge pricing thing, now that the LTA has given taxi companies to go-ahead to introduce this new means of ripping off commuters.

The purpose of surge pricing is to regulate demand by introducing higher fees during peak hours. Right now, taxi companies have already introduced a “peak hour” fee. So with the addition of surge pricing, isn’t this a double-charge?

Second Transport Minister Ng Chee Meng says commuters” may be uncomfortable” with the introduction of this new surge pricing scheme. Of course we’re uncomfortable. For years the taxi industry has only found more and more ways to milk us while providing the same standard of service. Please don’t fool us with talk of fleet upgrading and all that. That is the duty of the company to ensure its taxis on the road are up and running.

Taxis are a “luxury” option to public transport and granted as a free-market economy the government cannot be expected to legislate prices of private companies like Comfort or SMRT. But as commuters we can boycott taxis and their surge pricing to show these taxi firms the power of the free-market economy, that we’re not fools, and that we reject their continuous efforts to make us pay more for the same damn service. We need to show them that who’s boss.

Thanks Jing Wen for this letter.
Got something to say? Drop us a message on Facebook at https://www.facebook.com/redwire.singapore