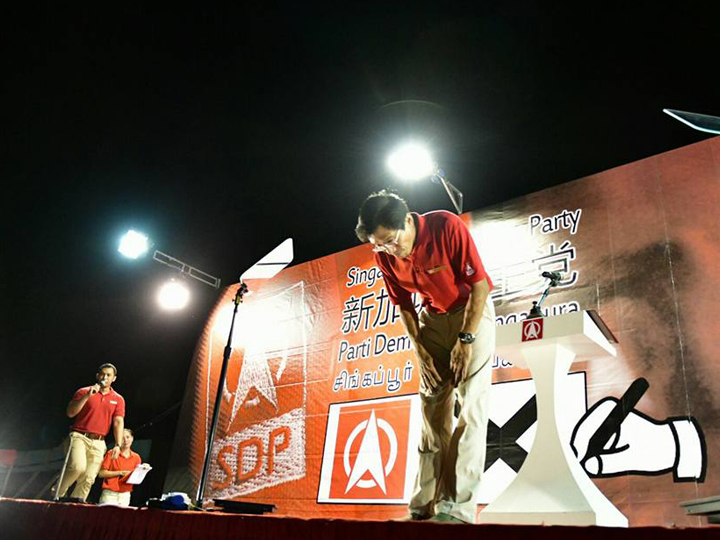 HENRY: There is so only so much you can beat a man. Beat him when he’s up, beat him when he’s down and he will finally cave. Dr Chee speaks about not going down on “bended knee”, but how much more can he take? He’s already over 50 years old and his kids are growing into their teenage years. Do we really expect a man to continue taking a pounding every time he shows his face in public when Singaporeans refuse to support him? The shame, the punishment, the bankruptcy, the imprisonment, it will eventually take its toll on mind and body.

I have no doubt that Dr Chee is serving with heart. He could have given up all this, packed up and left. He’s no stranger to foreign lands, having lived and studied abroad, but he has chosen to stay and fight. What he says makes sense. Keeping the government in check, making sure that public funds are not misused, coming up with alternative proposals that could make Singaporeans’ lives better than what we have now. It takes a brave man to do all this, and a braver man to stand up to the whole machinery of the PAP government over a period of 20 years.

If Dr Chee cannot win support in Bukit Batok, if he fares worse than the previous SDP candidate, he will lose the mandate to lead the party. Then it will be time to leave Singapore politics for good. Anyway, Singaporeans wouldn’t deserve him, so why not?

Do we really want to bankrupt a man one more time – this time of his right to lead? We have been dawdling too long. There is no harm voting Dr Chee into paraliament. If he can’t get things right, then out he goes. There is much more harm in not giving him a chance to show what he can do, to bring all those ideas to completion. Come the next General Election, Singapore might be graced with the presence of one of its political monoliths.