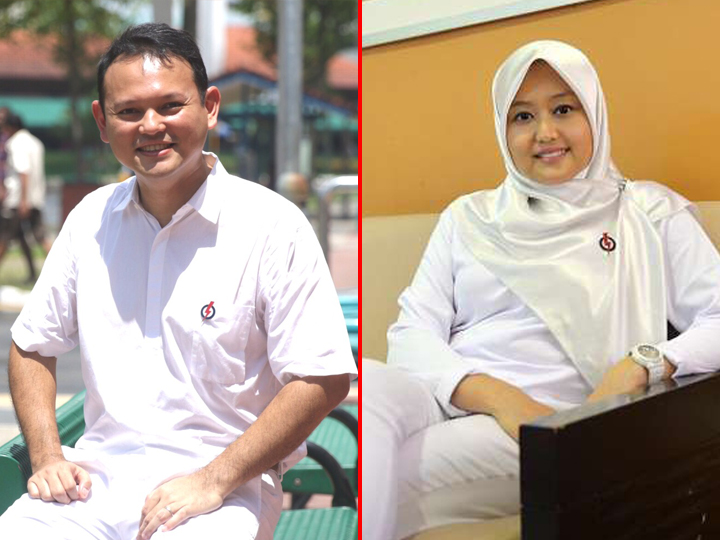 ADRIAN: Let’s make this clear from the start, I’m not talking about the tudung ban, but why it seems that only some MPs can discuss this issue publicly and not others.

We’ve seen how the WP’s Faisal Abdul Manap got criticised by Minister Masagos and even our Prime Minister for raising the issue in parliament, but it’s not like PAP MPs don’t do the same thing.

“One other thing that is constantly in the minds of our community is the tudung issue,” she told the House. “As a woman who wears tudung, I definitely hope that all women can pursue their career of choice. Hence, I hope this can be reviewed, and flexibility be given where possible, so that there will not be too many barriers for women to choose their own careers.”

Mdm Rahayu even urged that there be more open discussion of such issues:

“Our efforts in encouraging racial and religious harmony can no longer be at a superficial level of attending each other’s cultural events. We should allow for space to talk about our identities, our religious practices such as the burning of incense paper, the wearing of the tudung, the playing of music during Thaipusam, for example. And there should be open dialogues as such conversations allow for better understanding of each other’s concerns.”

On other public fronts, the PAP’s Zaqy Mohammad, who is MP for Choa Chu Kang GRC, spoke about the “increase of religiosity issues like the wearing of the tudung as part of a ‘new normal’ in governance and society in Singapore.”

To his credit, Mr Masagos has been consistent in answers, which is don’t talk about such things publicly.

Back in 2016, when asked whether the government can be more flexible on allowing discussion of identity and religion, including the wearing of the tudung, he said:

“We may feel that the time is right for us to discuss it amongst ourselves or with the other races. But it can also easily lead us to open old wounds that can instigate riots, and we do not want this to happen.”

Mr Masagos also said that such religious matters belong in the domain of scholars who “not only possess deep knowledge, but they also practice and impart religion wisely.”

With regards to the tudung issue and open discussion or race and religion, he said:

“All matters pertaining to any religion are often discussed in the Cabinet and we do look at ways to lead society to be more open, more accepting. But we are careful in doing this.”

At least Mr Masagos has been consistent in his stubborn silence.

But why is that Mdm Rahayu and Mr Zaqy were not openly criticised for being “divisive” or trying to score political points?

Thanks Adrian for this letter.
Got something to say? Drop us a message on Facebook! https://www.facebook.com/redwire.singapore