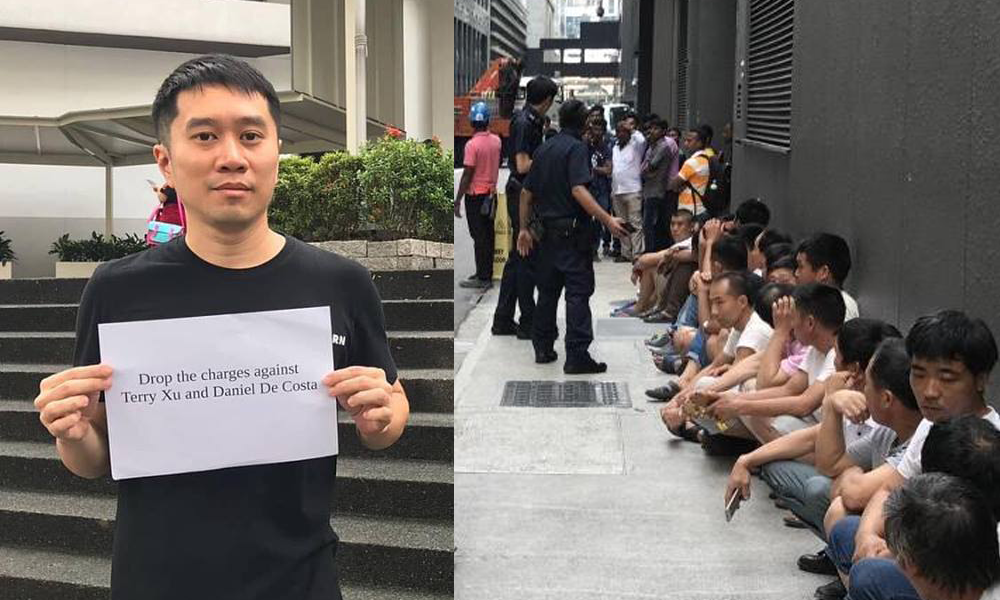 JOHN WEE: There’s a big problem with the way justice is perceived to be executed in Singapore, especially when you consider the treatment of socio-political activist Jolovan Wham and the group of foreign workers who held a sit-down protest outside the old CPF building in the CBD area.

Wham held up a sign outside the State Court on 2 Jan, in support of other alternative news site editor Terry Xu and contributor Daniel de Costa.

Wham said that he held up the sign, snapped the photo, and left. He was then brought to the police station and questioned, and had his phone confiscated. According to Wham, he was investigated for “illegal assembly”

According to the police, “organising or participating in a public assembly without a Police permit is illegal in Singapore”

Even at Speakers’ Corner, which is Singapore’s designated “protest” area, only Singapore citizens and permanent residents are allowed to participate in assemblies that do not have a permit.

Why then did the police not detain any of the 30 foreign workers who protested in the CBD, and had reportedly been protesting for 3 days before they were approached by police?

Because their protest was related to a private company owing them wages?

According to the police, “the parties involved were advised accordingly”.

That appears to be lenient compared to the Wham’s one-man “take photo and leave” show.