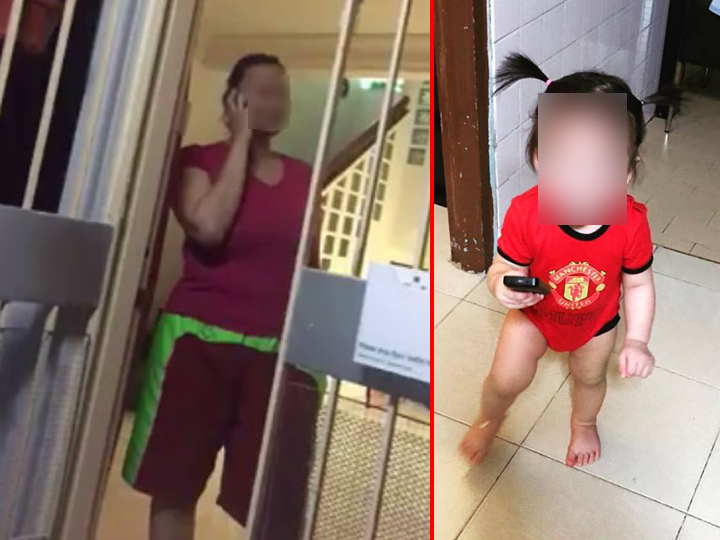 CLARA ONG: Please take note of nanny (Diah Jxxxxx) staying at Blk 446 Hougang Ave 8 #xx-xxxx. My Daughter had been hospitalised for 4 days after sending to her. Because she’s sick and super drowsy.

Today , police IO called me and told me that they will need to come down to speak to us to further investigate because they just checked and found out that multiple reports was made against this nanny over the same reason that babies got drowsy after sending to Nanny’s place.

When admitted my baby girl to hospital, nanny doesn’t response or reply any of our messages. When we go down her house and confronted nanny about it, she keep changing her story and say that this is due to baby not enough sleep. As a parent, how can we not be worried about our baby girl as she’s barely one year old and yet she have to go thru so many scans and X-ray, whereby is harmful to her body because the radiation is strong. 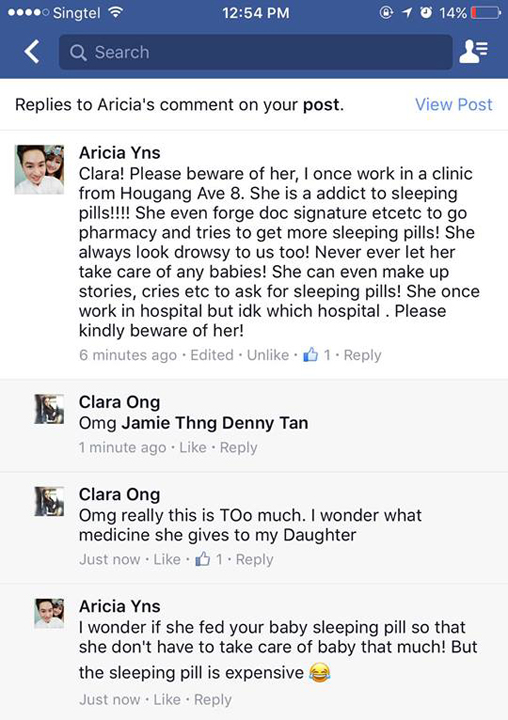 When we told nanny about the scan and X-ray that baby’s going thru, nanny still can replied us with a inhuman reply “is only one time scan so nevermind”. What kind of reply is that? When we asked nanny what did she do to my baby girl. Nanny claims that she did nothing and even start giving excuse say that baby’s all the way playing on her own and she didn’t carry our baby at all BECAUSE SHE CLAIMS THAT MY BABY GIRL IS TOO HEAVY FOR HER TO CARRY.

If you are telling me that the nanny is big and heavy can’t carry I could understand but you are telling me a small baby you can’t carry? Then why do you even agree to take care of babies or even being a babysitter or nanny? Nanny even called police and claims that we accused her and even slam her door on us. When police arrived at the doorstep, she became another person, she came down and wear makeup and even dress up herself and talk so nicely and politely to the police.

Really didn’t know what did she do to my baby girl and cause her this way but currently we are waiting for her blood test result to be out. And also just received news of another baby just took blood test and under investigate because of this nanny.

P.S:// Please kindly share around to promote awareness of this to prevent innocent babies from getting hurt again.