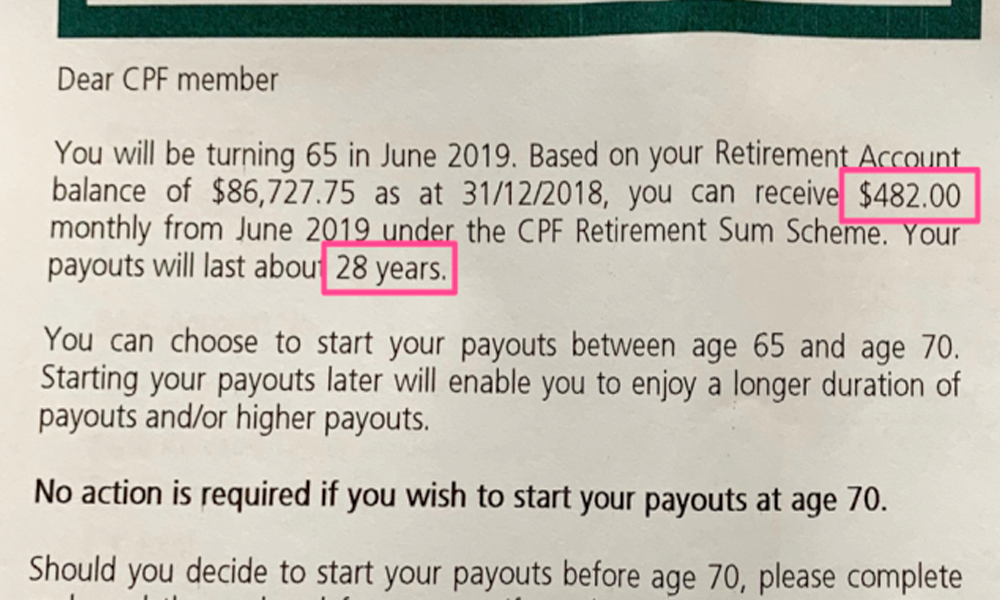 FRANCIS NEO: To the uncle who complained about how the CPF Board is trying to hold his money hostage, I ask that he take a look at the numbers properly.

If Uncle chose a 20-year payout, he will receive about S$400 every month across 20 years.

He gets more per month by stretching the payout over 28 years because of the new interest components introduced by the CPF Board.

As for the mean age that of 85 years old that has been referred to, he will receive S$115,680, which is still more than the amount he currently has in his Retirement Account.

So, let’s not jump on the bandwagon to slam CPF for everything single thing that people don’t understand because they don’t bother to think through things carefully.

The facts and figures are cold and plain and simple.

And they show that the CPF Board is giving this uncle a good deal.