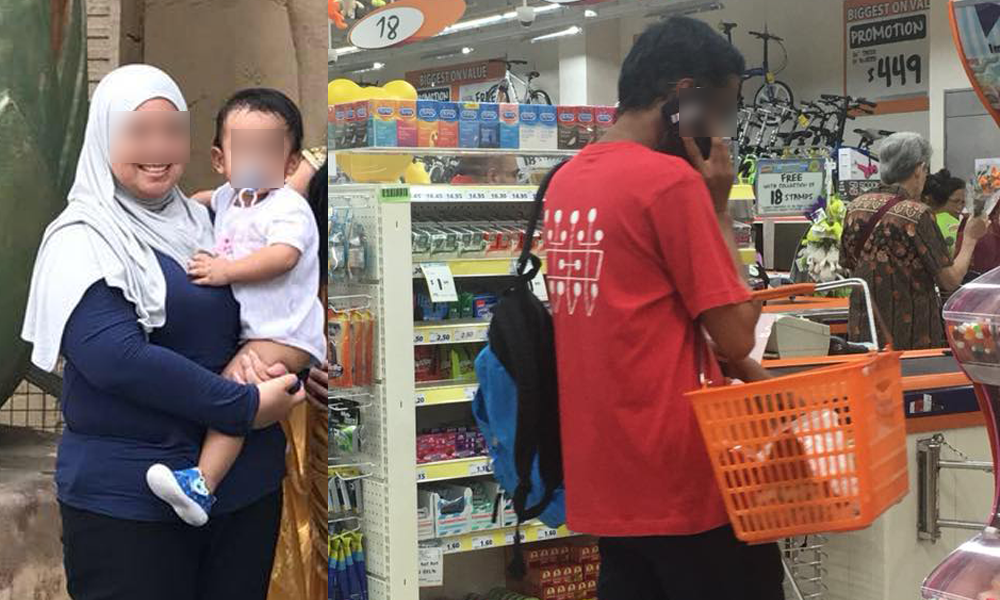 An anxious mother, Nur Syahirah Amar Haziq, has accused a strange man of trying to kidnap her son while she was queuing up to pay for groceries at the Giant supermarket in IMM mall.

Syahirah said that her son was playing near to aisle 16 under her husband’s watch when the man (in red shirt) suddenly carried the child and wanted to take him away.

She said that her husband stopped him and tried to get the boy back, but the man refused to put down her son.

Syahirah said that her husband called the police and sought the help of mall security, and thereafter the man released the boy and fled.

She has shared the incident to alert parents to keep a close watch on their children when out shopping, in the event that a similar incident occurs to them. 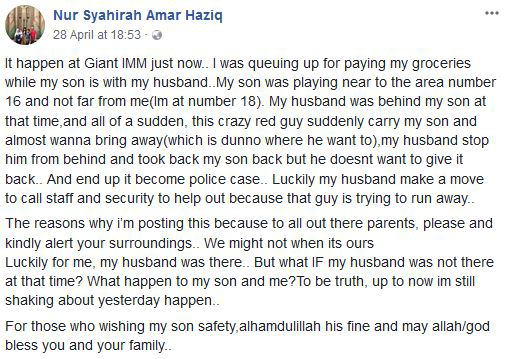