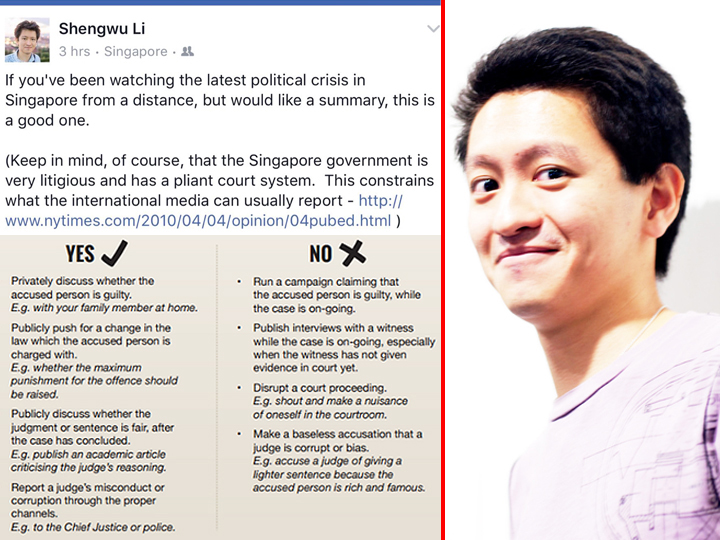 OB Markers – rules, official or not, that govern behaviour in Singapore.

With this in mind, what’s the beef against Li Shengwu – the young man whose daddy and aunt recently got into a bitter feud with his uncle, the Prime Minister?

That beef is the Administration of Justice (Protection) Bill that was passed in Parliament in August last year and made law.

If you’ve been following the contempt of court proceedings against Li, Senior State Counsel Francis Ng had this to say about his private Facebook post.

“The post is an egregious and baseless attack on the Singapore judiciary and constitutes an offence of contempt of court.” 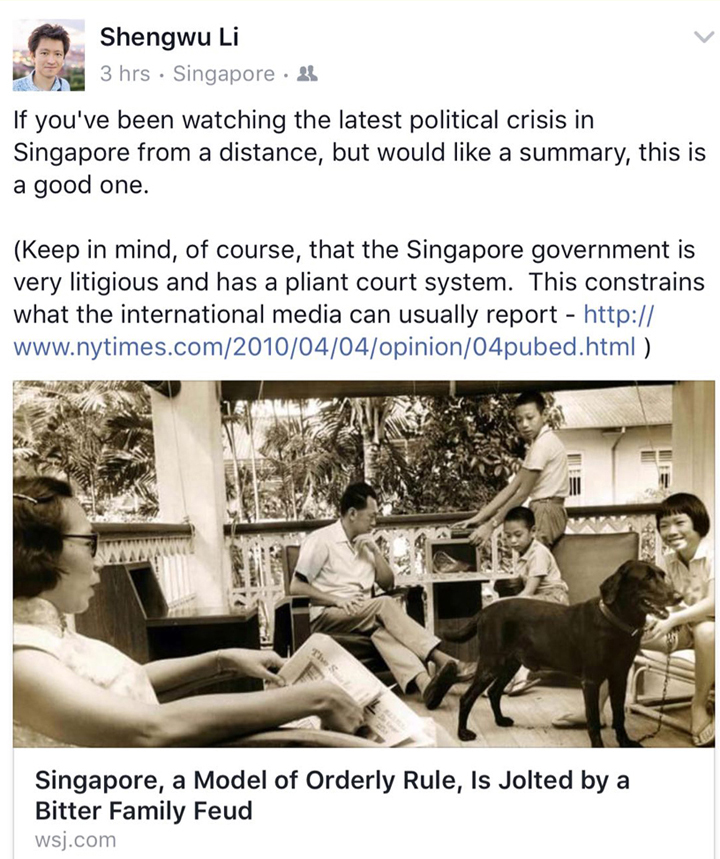 Yes it was private, and yes it was state media that blew the whole issue up which resuled in the post being widely circulated instead of buried somewhere within the confines of Li’s friendship circle.

This is what the of Administration of Justice (Protection) Law states:

See that last bit under “No”? 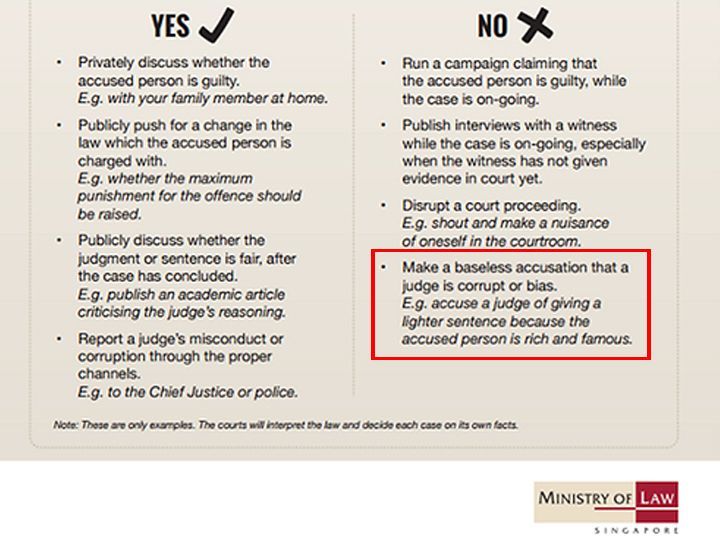 Li said that Singapore has a “pliant” court system.

This is what pliant means: 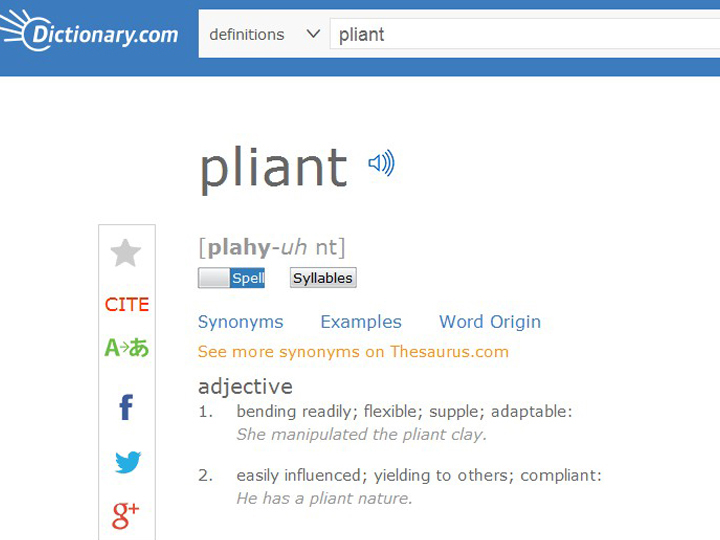 So essentially, Li just said that the judiciary is corruptible, as Senior State Counsel Francis laid out above.

Or at least, the Court has judged Li’s statement to mean that – which is all that matters because law is deliberately ambiguous.

It didn’t matter that Li believes he meant otherwise by “pliant”.

As he said in his response to the AGC’s accusation:

“A “pliant” object is flexible, supple, or adaptable. This is in contrast to a “compliant” object that is easily influenced or yielding.”

This is how state media reported Law and Home Affairs Minister K Shanmugam’s explanation of the law:

“Mr Shanmugam noted that the proposed law does not constrain the right to criticise a judgment or law. What it does is to make it clear that an individual cannot say, without basis, that a judge is biased or motivated by personal considerations because there is a “need to maintain the integrity of the judiciary and protect (them from this) sort of allegations,” he added.”

So, Li has indeed been made an example of by the Courts.

Whether deliberately or not, it was certainly convenient considering the post involved a hot-button issue and it he had laid his opinion down in writing.

The question now is whether it’s fair that the law be used in this manner  – to restrict even private opinions shared with friends regarding thoughts of the judiciary.

You know, like a kopitiam uncle getting slapped with criminal proceedings after drinking 4 beers and cow beh-ing about how a judge is a useless jack*ss to his drinking buddies.

Feel free to have your opinions, but keep those “Senior State Counsel Francis Ng is a jack*ss” thoughts to yourself.

No don’t even cow beh to your wife in case your brother overhears it and bao toh you (we’ve seen how brothers can be, haven’t we?)

Thanks to Li, we’ve just been reminded of those new OB markers.