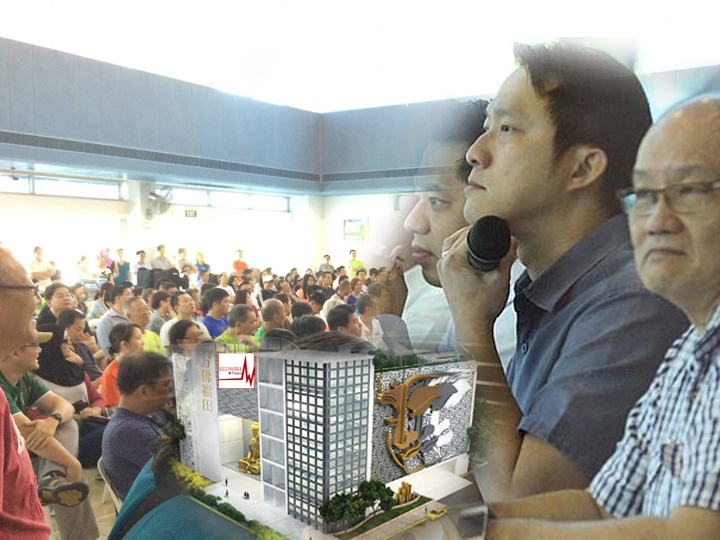 More doubts have been raised about whether the HDB deliberately withheld information on the development of a columbarium from future Fernvale residents.

If you’ve read Part 1 of the Life Corp Expose, you’ll remember that Life Corp only entered the funeral services industry in 2013, after it bought over Singapore Funeral Services.

In July 2014, Life Corp, the company at the centre of the furore, announced its successful tender of a lease hold land in Singapore for the construction of a Chinese temple with columbarium niche storage facility.

It said in a statement that this is a “strategic move” as it “strives to expand its presence in the bereavement business with the columbarium facility.”

But what did the HDB assure future Fernvale residents over the columbarium project? It said that site was sold for “the predominant use as a Chinese temple development and not that of a columbarium”. The HDB also promised residents that “the space for the columbarium must not exceed one-fifth of the total gross floor area of the building.” This was echoed by the URA.

The Fernvale Lea BTO exercise opened in July 2013. Life Corp announces a successful bid in July 2014. This could mean one of two things.

Either the HDB deliberately hoodwinked residents and buried the details of a columbarium development, while all along it had planned to build the columbarium and was preparing a tender, which was eventually won by Life Corp.

Or, a very inept HDB only decided that it was a good idea to build a columbarium midway through the BTO exercise and scrambled to get it put together, and eventually awarded it to $1 company Eternal Pure, which was used by Life Corp to bid for the project.

So the HDB is either a big-time con job, or run by very incapable staff.

The HDB said on its website for Fernvale Lea that the area will house a place of worship, and in very fine print, added that this COULD include a columbarium. 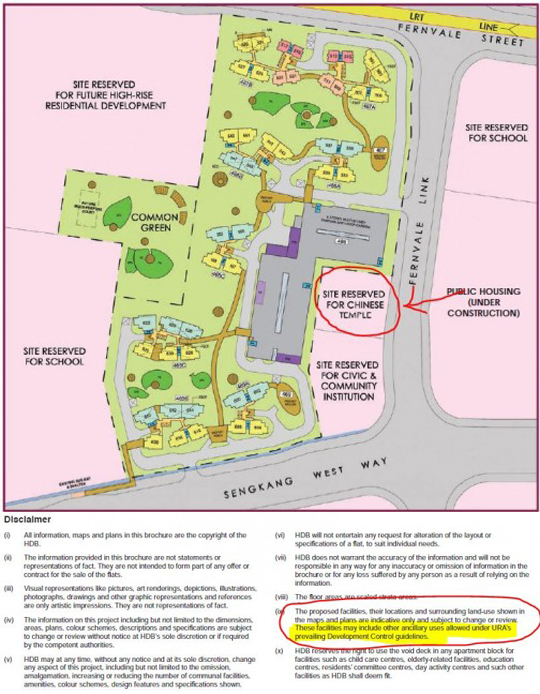 In the brochure, this was totally left out. It read:

“The proposed facilities, their locations and surrounding land-use shown in the maps and plans are indicative only and subject to change or review. These facilities may include other ancillary uses allowed under URA’s prevailing Development Control guidelines.”

Residents would have had to check the URA’s guidelines separately to find out that “ancillary uses” means “probably a columbarium too”.

Will a Crematorium be Thrown In Later On?

Can we trust the HDB now when it says that there will not be any crematorium? It’s very difficult to, even if Sengkang West MP Lam Pin Min backs that up. He assured concerned residents of this at yesterday’s (4Jan) dialogue session.

But this incident only shows that the HDB can flip-flop on its decisions.

And guess what’s Life Corp’s specialty, as the company says in its own words on its website?

It “operates a full suite of premium funeral services with personalised planning and organisation of funeral ceremonies for Singapore’s multi religious and ethnic customer base, including funeral event advisory, venue management, certified professional embalming care, caskets sales, facilitation of cremation and burials, conducting of funerals rites and ceremony services and along with other ancillary services.”