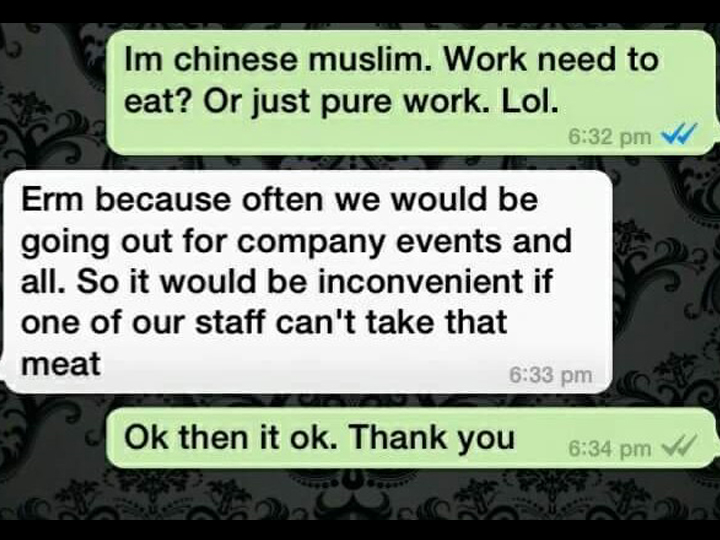 The director of Lightart Studio, Bosco Cheng, has denied allegations that his company turned down a Chinese-Muslim woman for an admin job post because she can’t eat pork and thus cannot fit in well in the workplace.

Speaking to 5 Stars and a Moon, Cheng said:

“No one from my company sent that message to her. We are not even hiring!”

The supposed job discrimination episode had come to light, after Heidi Heng posted this Whatsapp message conversation between her and a “recruiter”. 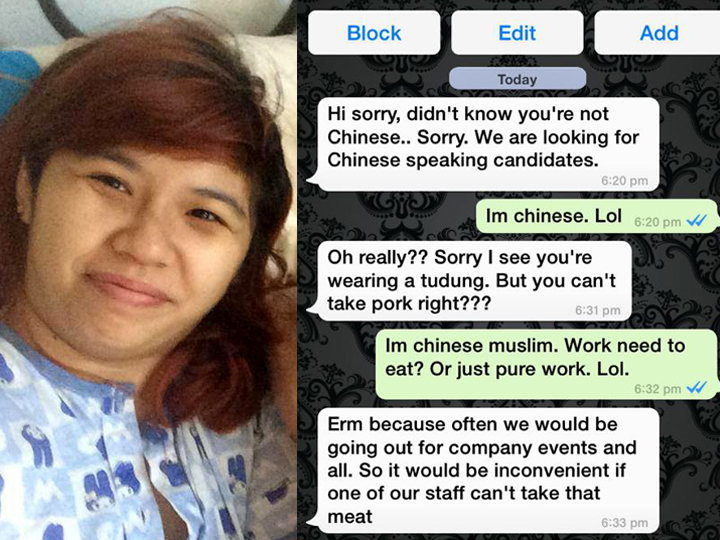 The identity of the “recruiter” remains unknown.

But Cheng says he has been receiving anonymous threatening and prank calls following the incident:

“I don’t even dare to step out of my shop now, I’ve even parked my car far away!”

“I’m running a clean business so whatever it is, if I didn’t do it…I don’t want to make any wild guess.”

Cheng says he doesn’t want to pursue the matter.

Meanwhile, Heidi Heng has made a police report.

She says that the purpose of the police report is to “disclaim liabilities and for record purposes”.