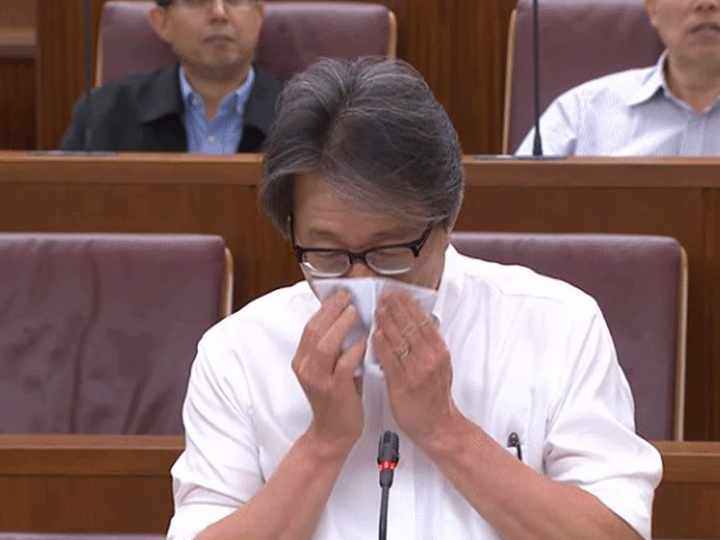 He was at the midpoint of his 113 page-long story.

So what was so serious that it caused Zorro to shed tears – not once, but 3 times leh.

Unlike this bugger below who obviously prefers a more sleeping role despite his colleague’s weeping, we wanted to find out more. 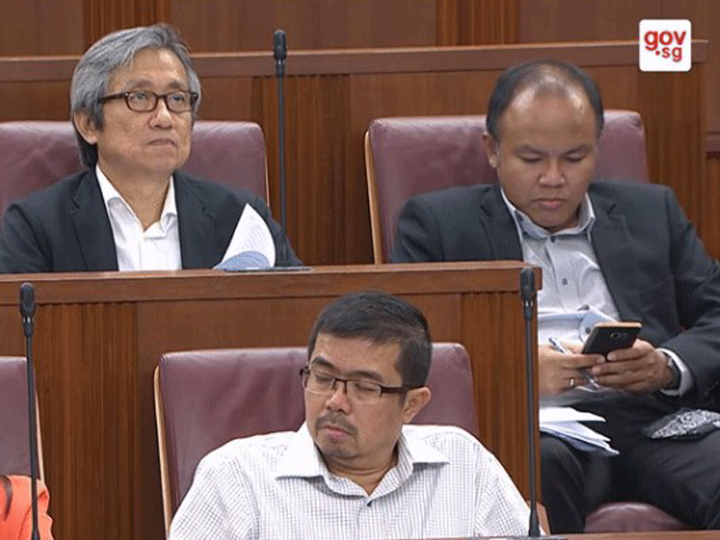 Just before he broke down, Zorro was speaking about how the MOM tries its best to help jobseekers.

“Members (of the House) shared some unhappy cases where job seekers did not succeed in finding jobs during the Budget debate. They asked, what went wrong? Madam, no matter how hard we try how much passion and commitment we put in, still we are unable to succeed in helping every job seeker to find a job. For rank-and-file workers, our success rate currently is about 70 percent. For PMET (Professionals, Managers, Executives and Technicians), about 60 percent.”

Then, he recalled 2 tales – one of a bum and one of a successful but ill woman.

“One of our unsuccessful RnF cases is Mr A. He left his job as a logistics assistant due to differences with his boss. He had specific expectations in his job search: It must be within four bus stops from where he lives, work only from 9am to 5pm. He demanded that the career coach must arrange at least two job interviews every week for him until he can find a suitable job. He refused our help to improve his resume and interview skills. With his unrealistic expectations, uncooperative and demanding attitude, we have not been able to help him to secure any job. We have not given up on him, even though he has been uncontactable for six months now.

In contrast, Ms B, 50 years old, is a successful rank-and-file case. She is a single-income parent supporting two children and an elderly mother. She has a brain tumour, but under control. She left her previous job as a property consultant and approached our career centre after 10 months of unsuccessful job search. She needs to work near her home and end work at 5pm every day due to family responsibilities. She wanted to join the healthcare sector. With the advice from her career coach, she took up WSQ Higher Certificate in Healthcare Support. She has financial problem, so we helped her with her transport cost so that she can attend the course. She missed a few modules when she fell ill, but she still persevered to complete the course. Because of her determination and willingness to learn and improve herself, today, she is working as a Clinic Assistant.” 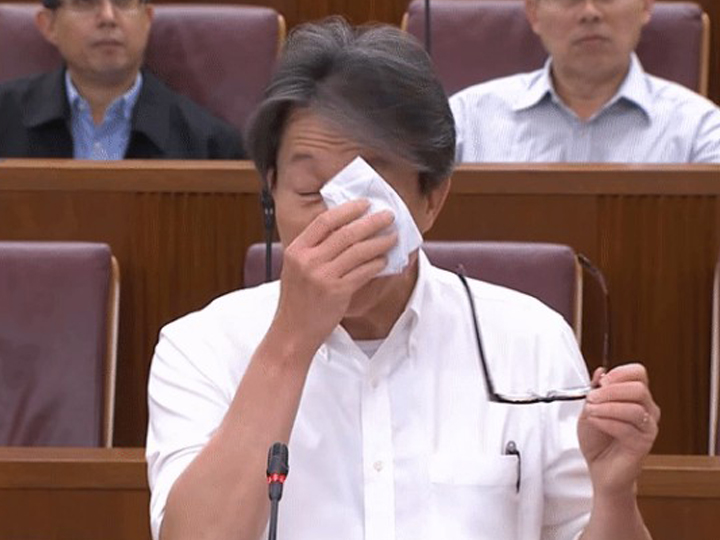 Then came the tears.

But what we do know is Zorro follows a long line of illustrious ministers who have shed tears in public.

These include Khaw Boon Wan, Lim Boon Heng and even our PM Lee Hsien Loong and his late daddy Lee Kuan Yew.