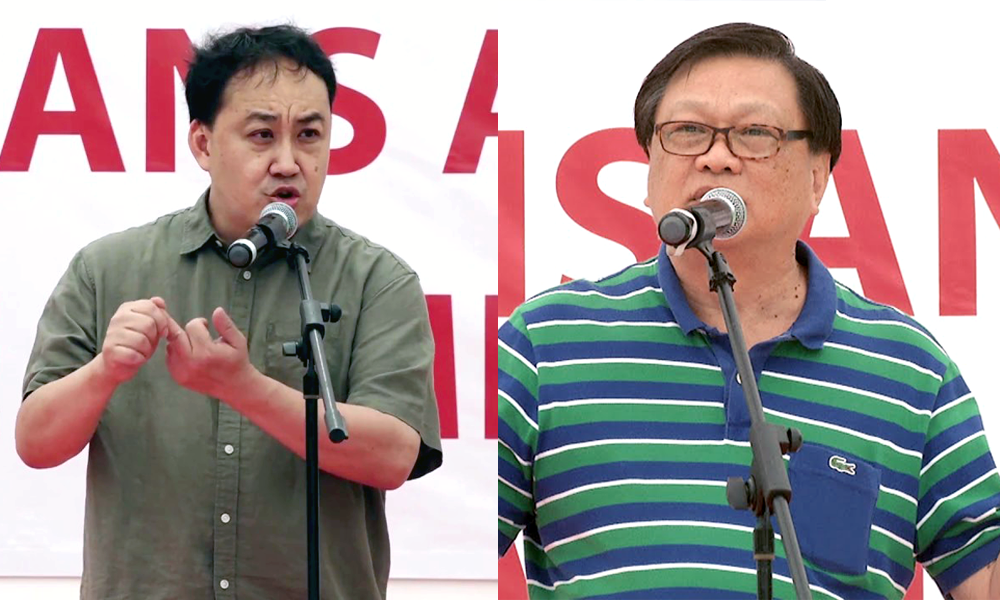 People’ Voice Party leader Lim Tean has applied for a permit to organise a rally against Prime Minister Lee Hsien Loong, accusing him of abuse of process.

Among those who will be joining the rally on 26 Jan is socio-political activist Leong Sze Hian, who is currently being sued by PM Lee for defamation after sharing a news article on his Facebook page which claimed that the prime minister was complicit in corrupt dealings with the former Malaysian prime minister Najib Razak.

Leong removed the shared article from his Facebook page 3 days later after the news was discovered to be fake news.

However, PM Lee’s lawyers contend that Leong shared the article which contained “false and baseless” accusations to “maliciously” and to damage PM Lee’s reputation. 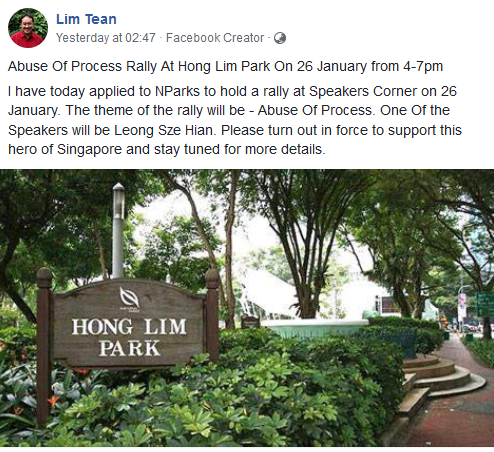 Lim is representing Leong in his legal battle, and has lodged a counterclaim for damages against the prime minister seeking compensation for damage to his reputation through the issuance, continuance and reporting on the legal proceedings, as well as costs.

He said in his counterclaim that the “predominant purpose of the claim is the use of the legal process to chill freedom of expression in Singapore generally and in particular to restrict reporting on any role the Government may have had in the 1MDB scandal.”

PM Lee has made an application to the courts to strike out the counterclaim on the grounds that it has “no basis in law and is completely hopeless”.

According to Lim, PM Lee has chosen not to serve a reply to the counterclaim put up by Leong. 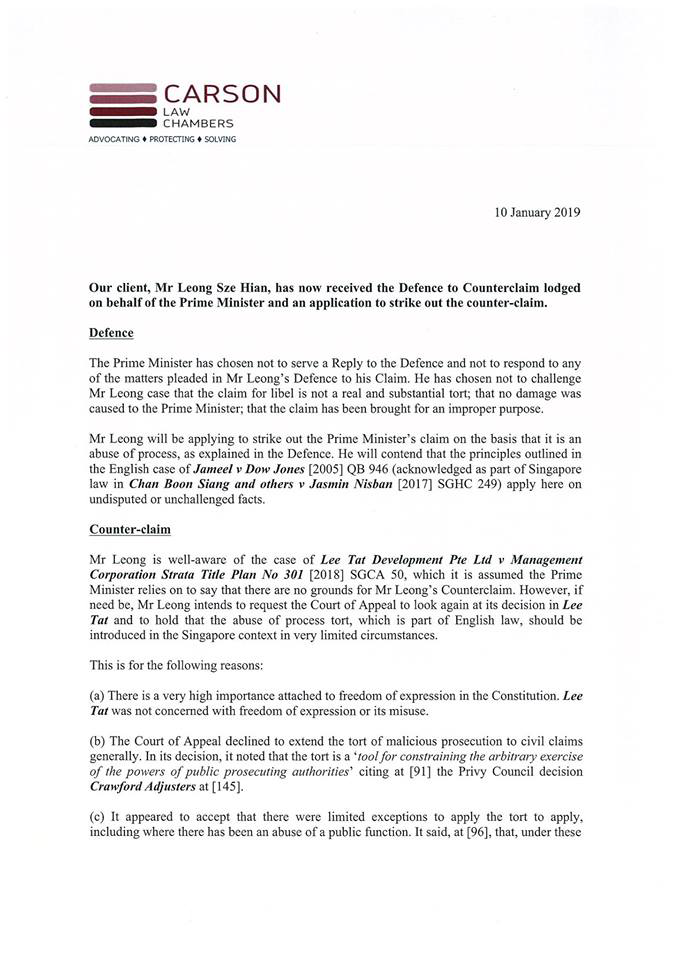 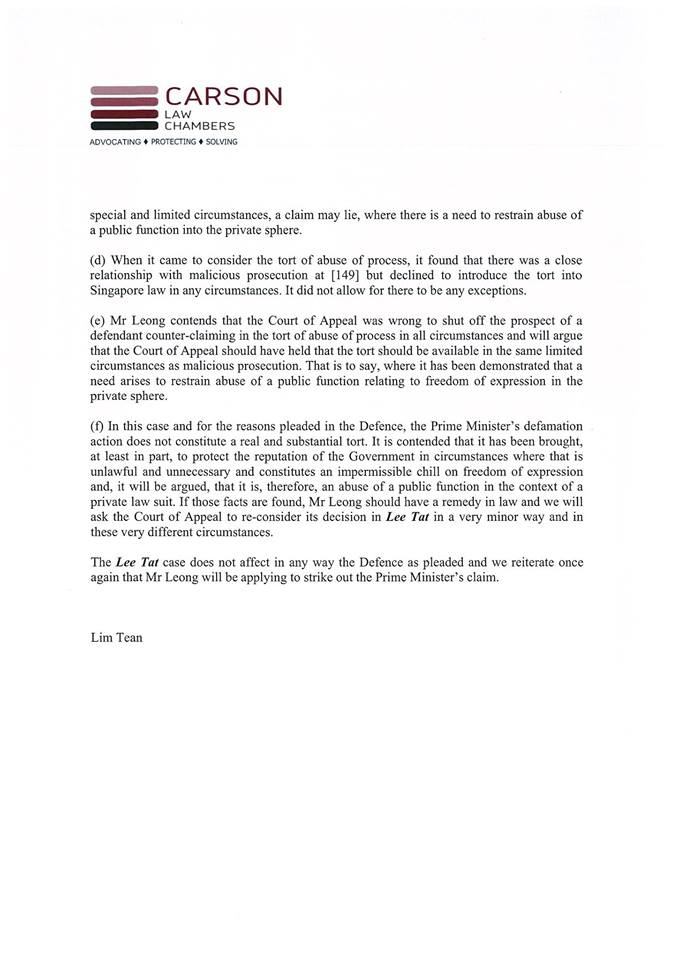