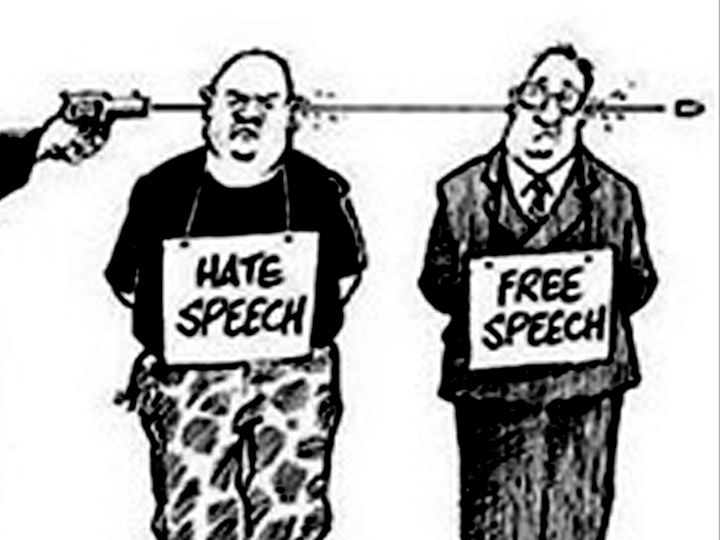 Singapore has moved from a Third World country to become an advanced, modern metropolis.

In our 50th year of independence, set against a prominent cyberspace and social media world, it is even more pressing that this issue of “freedom” be debated.

Some people think that freedom of speech means the right to say anything under the sun.

We must remember that we are not living in isolation in the jungle, where words we use do not impact others.

In a crowded civilised society, every word, action or caricature will have an impact on others, and will create a response, be it good, bad or neutral.

To preserve order, those in government will need to impose rules to be followed.

The more unruly the society, the stricter the rules will have to be.

Freedom of speech must be tempered with the responsibility not to offend others. It is not an absolute right.

So what is the test?

In a multi-religious, multicultural society, the test is based on mutual respect and tolerance.

If we have a Singapore where every citizen is mature enough not to speak, act or do anything that will offend others, and where citizens are mature and tolerant enough not to be easily offended and react with violence, there will be no need for any governmental action.

Unfortunately, we have not arrived at that utopian state.

To prevent bloodshed and violence, a government has the responsibility to preserve peace and harmony.

However, this does not mean clamping down on speech altogether.

A government has to tread a fine line which is consistent with the mores of the population at any given time.

This is no easy task, and governments will need to be advised by bodies representative of the people, in order to decide, and make constant adjustments to match the evolution of society.

Here, the final test is not dependent on the Government, but on what Singaporeans want as a society.

Therefore, rather than avoid this issue, we need to debate what freedom of speech means to us.

This letter was written by George Wong.
Send us your letters at mail@redwiretimes.com