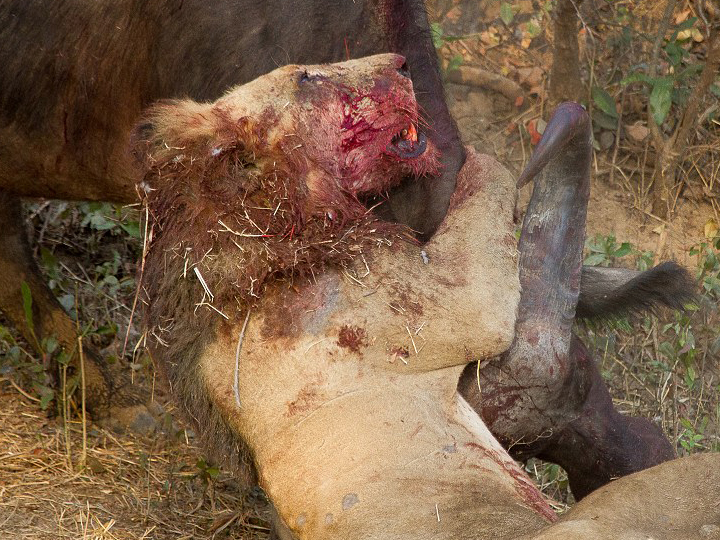 Cast out by his pride, this starving lion was forced to take on a fully-grown buffalo in his desperate bid to survive.

What ensued was a brutal hour-long battle leaving both animals bloodied, exhausted and with fatal wounds. 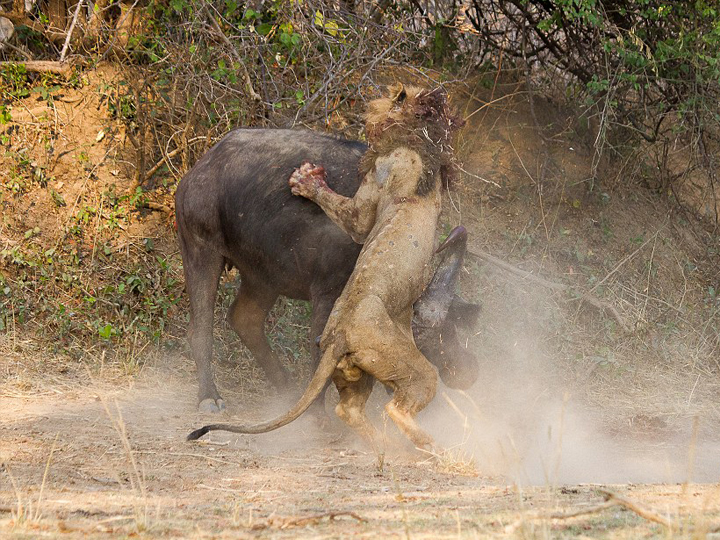 Dramatic images capture the lion savagely biting and clawing at the buffalo’s mouth, the big cat’s face smeared with blood from where he’s been gored by his heavier and larger opponent’s horns.

The feline is tossed around in the air as he attempts to mount his adversary and is finally finished off when another buffalo arrives on the scene to deliver a lethal blow. 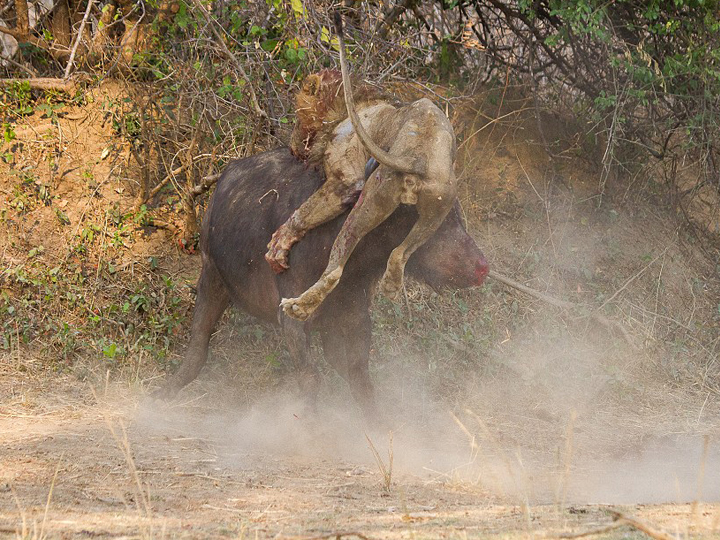 The gut-wrenching pictures were taken by Matt Armstrong-Ford, 25, in the South Luangwa National Park in Zambia.

The amateur photographer, from Eastbourne, who works for Shenton Safaris as a guide and camp manager, came across the bloody scene as the lion’s claws were hooked into the female buffalo’s muzzle.

He recognised the cat as a six-year-old lion who suffered from mange, a type of skin disease, and who had become detached from his pride. 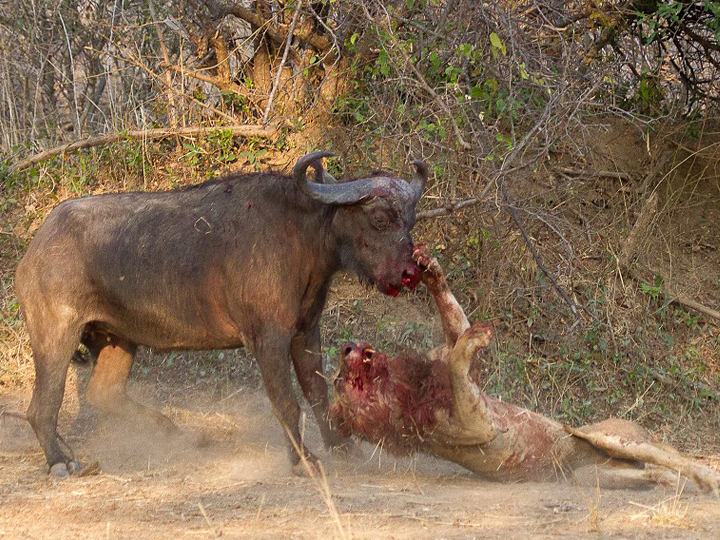 The lion had camped himself next to a watering hole hoping to attack unsuspecting buffalo.

Mr Armstrong said: ‘After around ten minutes of our arrival the buffalo managed to shake the lion off itself but instead of trying to escape just stood there.

‘Both animals stared at each other both too exhausted to move.

‘After a few minutes of rest the lion then went for the buffalo and another ten-minute battle ensued. Again the buffalo managed to shake itself free.

‘The same process continued for about an hour until both animals were completely spent.

‘The rest of the herd, who had come to the water to drink were watching from a distance while the fight carried on.’ 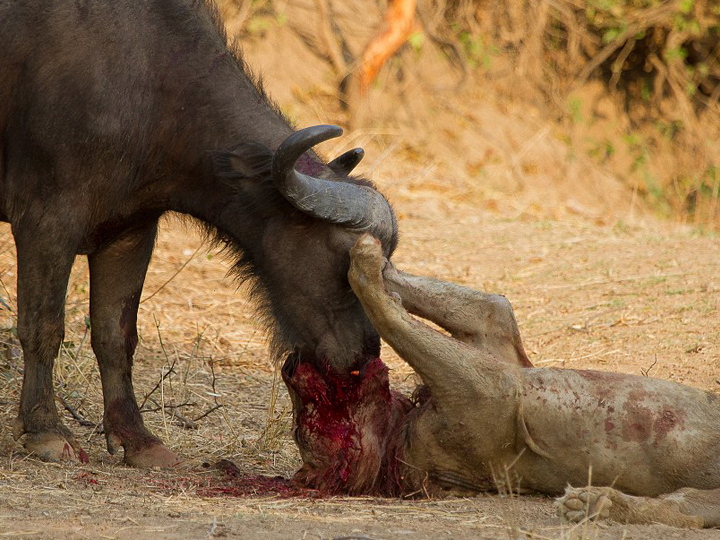 As it looked like fortune was favouring the exhausted but ravenous lion a member of the buffalo’s herd came to its aid and delivered a deadly blow.

The safari guide added: ‘That seemed to give the cow the opportunity it needed to escape and along with the rest of the herd moved off.
‘After this the lion managed to drag himself under a bush to lick his wounds. Both animals were covered in blood by the end.’ 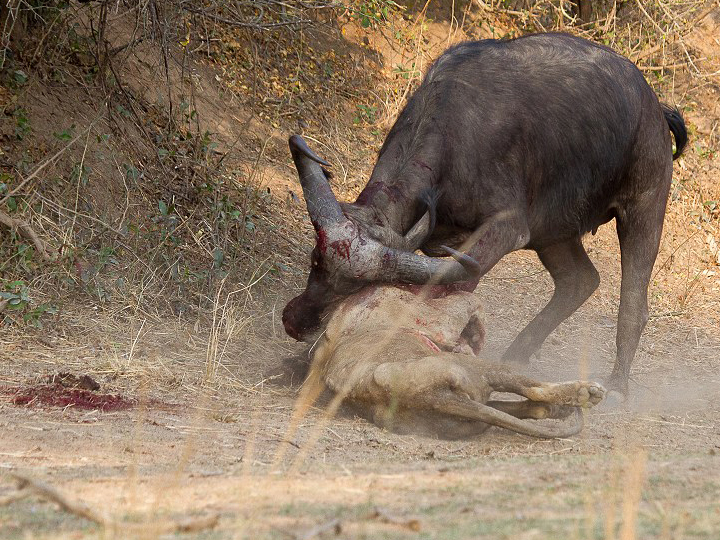 Two days later the lion succumbed to his injuries, while the buffalo’s carcass was found two weeks later having failed to fight off infection.

Mr Armstrong added: ‘I have never seen anything like that before. Usually when lion hunt buffalo it is as a pride – it is hardly ever alone.

‘The fact that the lion was familiar to us and we had seen him in his prime made it very emotional to see him in the state he was in. By the end of the fight everyone was exhausted.’

All these amazing pictures are courtesy of Matt Armstrong-Ford