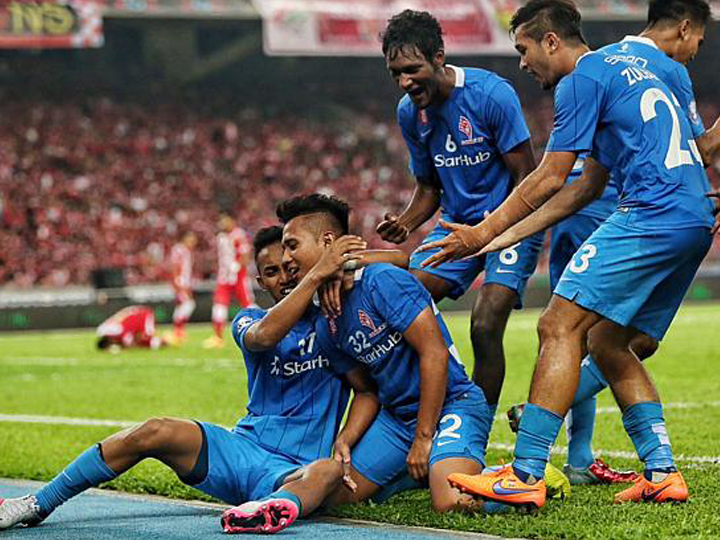 FRANCIS:  Congrats Lions XII on doing Singapore proud by bringing home the Malaysia FA Cup trophy! What was most heartening to see from the whole match is the heart that our boys gave. They launched wave after wave of attack throughout the 94 minutes, even as several players suffered from cramps towards the end of the game. They never gave up, and they were rewarded with a win. Not by luck, but with two classy goals and a deserved penalty. That’s the Singapore spirit!

Our local lads outgunned Kelantan, even with their home ground advantage, and very talented foreign legion, such as the big Brazilian, Gilmar (who doesn’t look or play like a Brazilian but was still damn good lah). Then there was that Carillo striker who gave us so much trouble in defence. Lucky Izwan Mahbud was in top form that night.

Even though Kelantan outclasses us, we got the glory maybe because we were more gutsy. Against a silkier, more skilful opponent, the Lions replied with a ferocious fighting spirit. I believe that’s because from the coach to the goalie, they were all local lads. When they wear the Singapore flag on their chest, they feel the pride of our nation and responsibility to do Singapore proud. It’s maybe something only homegrown players can truly feel, kicking in the muddy fields to the astroturf for 20 odd years.

At the end of the game, you could feel the pride when two-time goalscorer Sahil Suhaimi broke down in tears on the pitch. 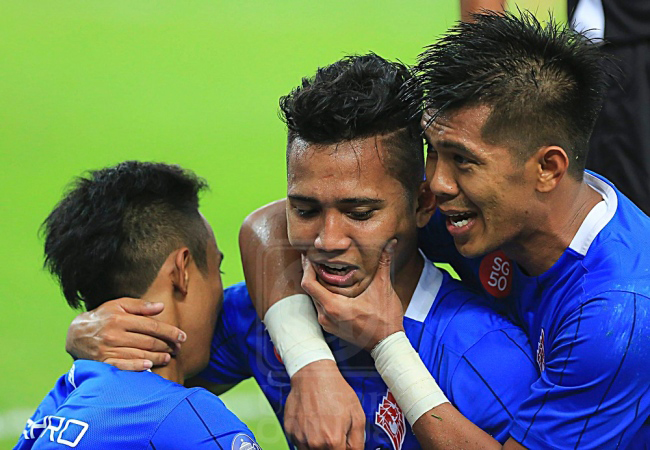 I believe this is the greatest indicator that we need to stop astroturfing our sports teams with foreign talents. True, Singapore has won at sports like table-tennis and badminton by bringing in very skilful players, but nothing unites the country as much as when born and bred Singaporeans achieve glory. Look back to the old Malaysia Cup days. We brought in several foreigners to give the Lions a cutting edge, but the team still had a local spine. Even when we lost, Singaporeans still supported and cheered the team on (even when Lim Tong Hai scored an own goal to get us booted out of the cup, we laughed at him but forgave him).

It’s time to focus more resources on true born and bred talent. Even for individual sports, bring in top-class foreign coaches, but let’s keep the sportsmen local. There’s no pride in winning if the nation isn’t behind you. Similarly, there’s nothing like having the support of the country when you lose, to pick u the pieces and fight the good fight another day!

This commentary was written by Francis.
Send us your commentaries at mail@redwiretimes.com
Find us on Facebook! https://www.facebook.com/redwire.singapore