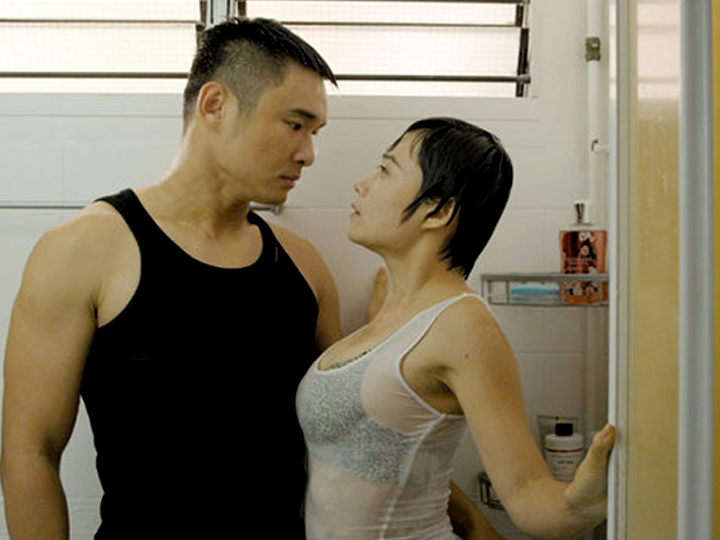 The last time we saw Julian Hee on screen here, it was in that “Condoms” movie (above).

And that’s how buff he was.

So it’d take a pretty big guy to beat him up until he peng san.

But that’s just what one guy did at Old Airport Road hawker centre. 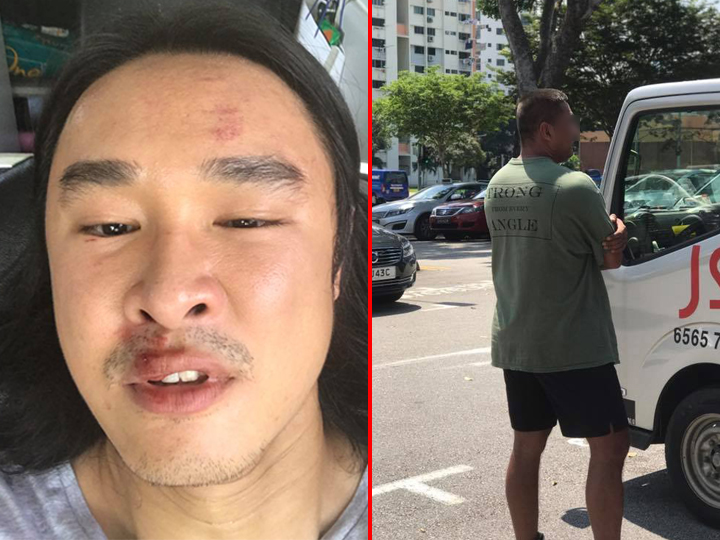 “A guy open his car’s door next to my car , Knocking onto my car hard. My whole car shook. I came down and said “come on”! He started a tirade against me and asked me if I see any damage on my car. I spotted a dent. He yelled you idiot my car door cannot reach that dent. I said dun call me an idiot. He pushed me. And started hammering me. I blacked out and fell on the floor. I went unconscious. A person called the police and ambulance. What is this world coming to???”

The last time Hee was involved in a public road rage spat took place in 2013.

He was accused of road rage by a retired school principal, who claimed that he twice cut into his lane, then “spoiled for a fight” at the roadside afterwards.

The ex-principal, Adrian Cordeiro, said Hee “flexed his muscles”, plucked his glasses from his face and threw them to the ground, then repeated his actions when Cordeiro put them back on.

Hee denied the allegations, saying that Cordeiro’s “reckless driving almost got a motorcyclist killed,” and that he had made a police report over the incident as his conscience was clear.