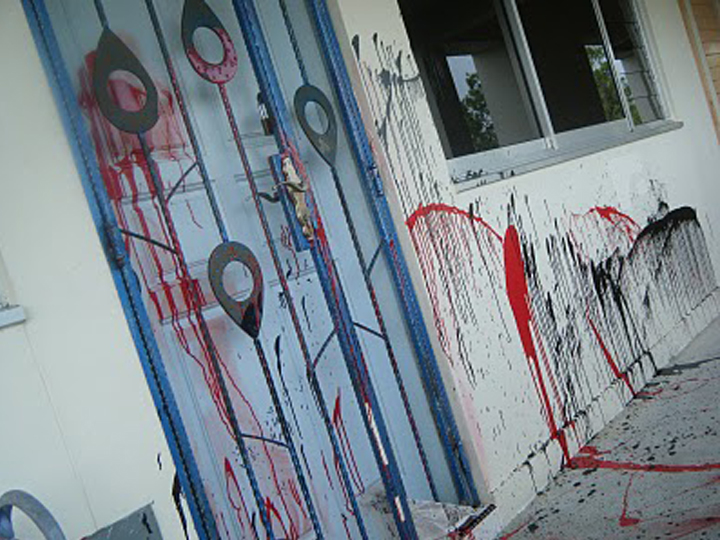 Some preferred abstract art to tortoises.

Looks like Ah Longs have gone online too – a Thai national found a job in Singapore after replying to an online job ad!

33-year-old Changchai Suriya replied to the ad on recruitment forum Singtip, made contact with a man called “Ah Fei”, then agreed to come to Singapore to work.

In August, Suriya met Ah Fei at Golden Mile Complex, where he learnt just exactly what he was supposed work as – someone who shamed people, splashed paint on apartment units, lock gates with bicycle locks and even set fire to units.

Days later, Suriya got his first hits from Ah Fei.

In one of them, he used red marker and defaced a second-floor unit of a block of flats in Marine Terrace.

Then, he set poured Zippo fuel on the unit and set it on fire, just as Ah Fei instructed.

To prove the deed was done, Suriya then used his handphone to take pictures of his handiwork.

A neighbour called the police regarding the incident.

Just before Marine Terrace, Suriya had splashed black paint on the door of a flat unit in Tampines St 42.

He also locked the gate of the unit and drew graffiti on the wall next to the unit.

But the day after his dastardly deeds, Suriya was arrested.

He has since been sentenced to 21 months jail and six strokes of the rotan.