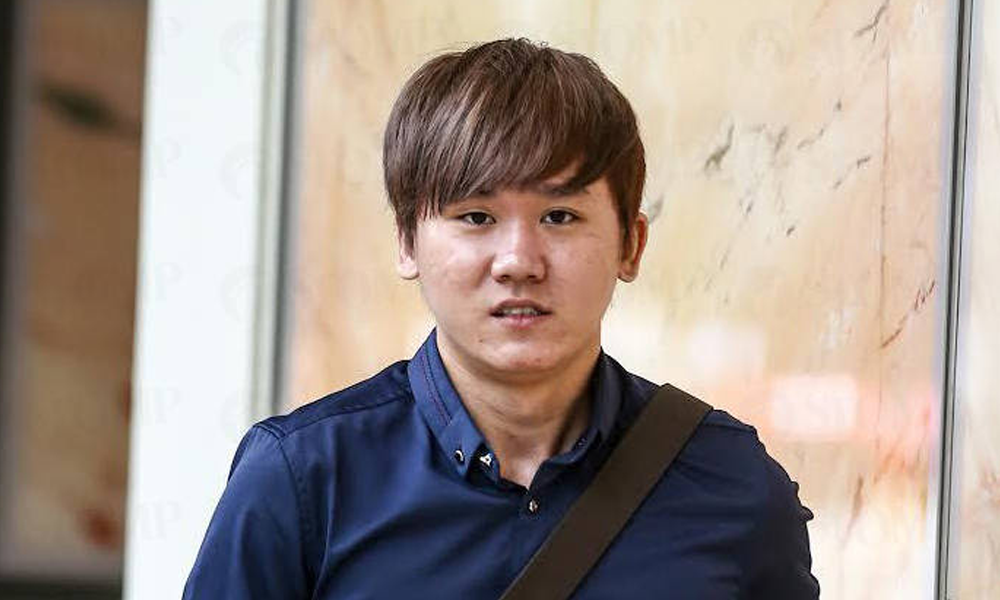 A 25-year-old leader of a local gang is now on trial for the repeated rape of a teenage girl and the dissemination of her nude photos online.

Koh Rong Guang, believed to be the leader of a local gang, is facing 4 charges for statutory rape, 3 for criminal intimidation, 2 for procuring or committing an indecent act with a child, and 1 each for sexual assault, assault, and circulating an obscene image.

Koh has denied the 12 charges against him.

Koh is accused of forcing his victim to strip in public when she was 13-year-old and taking naked pictures of her.

The girl went to the police after she realised compromising pictures of her taken by Koh had been shared online.

In court today, Deputy Public Prosecutors David Khoo and Sruthi Boppana said Koh was introduced to the girl by a mutual friend, Fu Yiming, in late 2013.

In November or December 2013, prosecutors said, Koh accosted the girl at the K-Box outlet and raped her in a deserted stairwell.

Koh allegedly raped her again a few weeks later, this time threatening the girl with a spanner and forcing her to perform oral sex on him before raping her.

He then allegedly forced her to strip, and took pictures of her in the nude.

The court heard that the 3rd time Koh allegedly raped the victim was sometime in December 2013 or January 2014.

Koh was with Fu and two other teenage boys – all part of his “group” – when he brought the girl to Block 672A Choa Chu Kang Crescent.

He allegedly took the girl to a higher floor, separating her from the group, and raped her in the stairwell.

Prosecutors say that Koh asked 2 of the boys if they would like to have sex with the girl but both of them refused, and Koh later threatened the boys with a knife telling them not to bao toh him raping the girl.

On 24 Jan 2014, Koh is accused of raping the girl again and taking pictures of her with her buttock’s exposed.

Sometime in January 2014, Koh sent the pictures – which he had made into a collage – to another man, who posted it online at Koh’s urging.

Prosecutors said officers from the Technology Crime and Forensic Branch had uncovered evidence from two Samsung phones proving this.

If convicted of statutory rape, he can be jailed for up to 20 years and given up to 12 strokes of the cane.