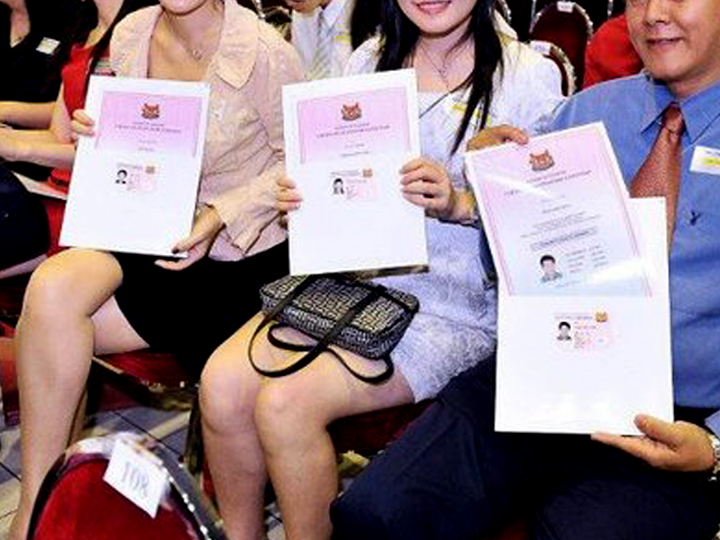 HAROLD CHAI: If you want integration, then you’ve got to get the right people in. Right now, it appears that the application process for New Citizens doesn’t take into account the cultural aspect of Singapore’s society. You would expect these New Citizens to be able to speak our main language, English, and be familiar with our lifestyle and habits. Otherwise, how are they going to assimilate into the local way of life and socialise with others in the community?

Singaporeans will have to bend over just to accommodate cultural and language barriers (because we’re polite) to the point where we seem to be the ones trying to fit into our own society. Try getting Ahmad or Siva to gel with his new neighbours who were formerly China nationals and can only speak Mandarin.

That’s why new MP Darryl David’s statement in parliament about how “It would be useful to explore how we can make it mandatory for potential new citizens to attain a basic level of English-language proficiency before they’re given Singaporean citizenship” struck a raw nerve.

Singapore’s citizenship application process is pretty lax. You need to be a PR for 2 years, and you need to submit all your documents for vetting. Oh yes, and you’ll need to do these (little things that people usually do on holiday):

All handed to you on a plate! An interview is held later to see if you that’s really you all those documents are referring to. If you pass, you get your red passport. But, you’ll have to give up all other citizenship that you have.

Either that, or you pump in S$2.5 million bucks and buy your citizenship. That’s through a scheme called the Global Investor Programme, where you’ll be awarded PR status if your application is approved. After two years of residency, you can then apply for citizenship. Don’t screw things up (like get caught laundering money) and you’re all set for the red passport and mega tax benefits.

So in a nutshell, can’t speak English and have no idea who Stamford Raffles or Lee Kuan Yew are? Doesn’t matter. With the tension between foreigners and locals threatening to boil over, it would be wise to make sure foreigners are truly “localised” before they are granted citizenship. You’re giving these new citizens the right to participate in our politics and shape our society. Surely they must be proven to be familiar with Singapore before they get the chance to do that?

We need tests for culture and language, which are customary in other developed nations.

In the United States, you’ve to live as a PR for 5 years continuously before you’re allowed to apply for citizenship. Either that, or you can serve 1 year in the military. Then, you’ll sit for a language exam that test your proficiency in written and spoken English, and a civic exam in which you must show you have a good knowledge of America’s history and government.

To become a UK citizen, you’ve to live there for at least 5 years too, and go for an interview where your language proficiency will be called to the test. If you fail, that’s it.

As it stands, close to half of Singapore’s population is made up of foreigners. It would be utterly shameful if one day Singaporeans, the ones who are born here, become the foreigners in our own land.